Greetings from Ottawa where we have been enjoying an extensive spell of hot, sunny weather. I am sitting in today as Kath is off engaging in wild and crazy shenanigans to celebrate her special day. Happy Birthday, Kath. Don’t do anything I wouldn’t do (which gives you carte blanche). I hope you didn’t think this banner day was going to slip by unnoticed.

Kath will also be happy as this is not a RayT day so she has not missed out on that count. I found the puzzle to be a bit of a challenge and was pushed to the upper limits of *** territory — if not beyond. It was also an enjoyable solve with several penny-drop moments. As for the setter, although I might hazard a guess, I think I will keep my powder dry for the moment.

In the hints below, the definitions are underlined. The answers are hidden under the ANSWER buttons, so don’t click if you don’t want to see the answers.

1a   Sort of morning for this Christian? (5)
AMISH — the letters that indicate before noon with a suffix denoting “sort of” give us a Christian sect that migrated to Pennsylvania nearly 300 years ago — and have scarcely changed since; this was nearly my last one in as I had earlier rejected it out of hand after making the mistake of reading the definition of ‘Amish morning’ in the Urban Dictionary

4a   Firm into mobile phones and poultry equipment (3,5)
HEN COOPS — insert the abbreviation for a business firm into an anagram (mobile) of PHONES

19a   Hunt of the slugs to be resettled — that shows consideration (14)
THOUGHTFULNESS — anagram (to be resettled) of the first three words of the clue; not much of the solution was shown in the choice of link works in the last two clues

23a   Prayer leaders, ones welcoming mother (5)
IMAMS — the Roman numeral for one and the S that is attached to it embrace an affectionate term for a maybe not so elderly relative

24a   Mad about opera’s ‘fat lady‘? (4)
DIVA — the reversal of a word meaning mad or wildly enthusiastic gives us the opera star whose performance brings down the curtain; apparently the phrase “it ain’t over til the fat lady sings” was coined only 40 years ago 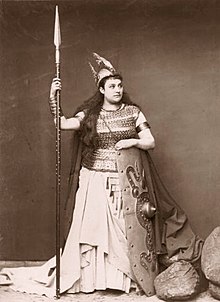 28a   New joke in lavatory cubicle? Far from current (4-3)
LONG-AGO — N(ew) and a joke (or what one might do if the stench were unbearable) in the common British toilet

1d   An odd girl makes a bloomer (4,4)
ARUM LILY — a charade of the appropriate indefinite article, an archaic word meaning odd, and a girl’s name

3d   Rent‘s gone up, we hear (4)
HIRE — this sounds like a comparative adjective denoting a more elevated position

5d   Bred clan (8,6)
EXTENDED FAMILY — as Gazza and Crypticsue point out in the comments, this is a double definition which also seems to work — and is the way that I initially saw it — as a cryptic definition implying that measures have been taken to increase the size of a group of people related by blood or marriage

7d   Month’s work for army type? (7)
OCTOPUS — the abbreviation for an autumn month and a musical work give us a well-armed beast 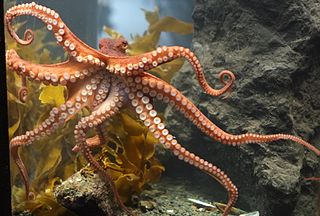 9d   Sad  symptom of pillow-fight victim? (4,2,3,5)
DOWN IN THE MOUTH — double definition; the second being the literal outcome of a pillow fight

15d   Admit pained expression greets rise of wordplay (3,2)
OWN UP — an exclamation of pain followed by a reversal of what Samuel Johnson referred to as the lowest form of humour

18d   See dons get free cut of meat (8)
ESCALOPE — an archaic exclamation meaning “See!” puts on (dons) a verb meaning to get free

20d   Ironic title for that writer’s points (3,4)
HIS NIBS — the possessive pronoun that would take the place of “that writer’s” followed by the points of his writing implements

21d   Eat pile — strangely, it’s one way to do this (7)
EPILATE — this is a semi-all-in-one clue in which the entire clue constitutes the definition and embedded in it is an anagram (strangely) of the first two words of the clue; pile is soft fine hair, fur, wool, etc. and eating it would be one — albeit rather unconventional — method of achieving the solution to the clue

It took me a long time to twig to 28a and 18d; 4a and 7d produced penny-drop moments; but my favourite clue is the rather unappetizing meal at 21d.