Greetings from Ottawa where a very wintery March has given way to quite a glorious April.

I have no idea who set today’s puzzle but it is definitely not RayT. Not only has he taken the day off, Her Majesty has also taken time off to celebrate her birthday.

1a   Calm businessman on river, not for all to see (6)
REPOSE — a colloquial travelling salesman and a northern English river having lost its film certificate

10a   Close to camp, European’s moving clear of northern fog (9)
PEASOUPER — the closing letter of (cam)P followed by an anagram (moving) of EUROPEA(n)S without (clear of) N(orthern)

11a   Government agency backed religious books in course (5)
ASCOT — start with a government agency which facilitates child maintenance payments going in reverse (which would appear to accurately describe its progress in dealing with its case load); then add a set of books from the Bible

14a   Sign with ex-London Mayor as recipient? (5)
TOKEN — how one would address a parcel intended for the ex-Mayor of London

23a   A book with instruction for crossworders is free (7)
ABSOLVE — A (from the clue), B(ook) and a word that denotes what a crossworder is attempting to do

25a   Cuts damaged a US city and foreign region (7)
TUSCANY — anagram (damaged) of CUTS, A (from the clue) and a US city; it may be significant that the setter specifies US city rather than United States city

26a   See in leather a hooked feature (5)
TALON — an archaic exclamation meaning “See!” contained in a verb denoting to beat produces a feature characteristic of creatures such as yours truly

27a   Obstacle in much of language recited initially by a new church (9)
HINDRANCE — a language from the Indian subcontinent without its final letter, the initial letter of R(ecited), A (from the clue), N(ew) and the short form for the English state church

5d   Master of form at Cheltenham, maybe? (4,10)
TURF ACCOUNTANT — someone who would be well acquainted with the racing form for entrants in the Gold Cup

6d   Before noon, everyone gets up to see animal (5)
LLAMA — reversal (gets up) of the designation for before noon and a pronoun denoting everyone

7d   Rising member of academy, one in stylish old hat? (7)
ARCHAIC — reverse (rising in a down clue) the usual artist, then follow it with a word meaning stylish into which you have inserted the an indefinite article designating “one”; this “old hat” is an adjective — not a noun; kudos to Chris Mills for spotting the faux pas

16d   Take on ex-Foreign Secretary, showing tipping point in exasperation? (4,5)
LAST STRAW — a verb meaning to take (in the sense of to have or produce the intended effect) followed by a former Labour cabinet member

21d   Con — a party’s aim in election on street (7)
AGAINST — A (from the clue), a word that describes a seat taken by a party that it did not previously hold, and ST(reet)

22d   Part of game? It’s relayed by bookies with parts swapped (6)
TACTIC — an action carefully planned to achieve a specific end; swap the positions of the syllables and you have a type of semaphore code used by bookies to exchange information 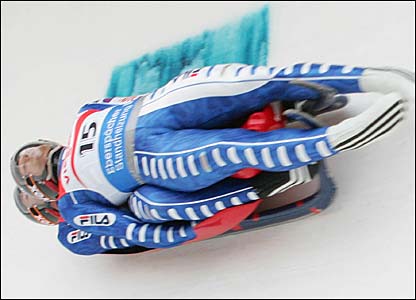 I found this puzzle to be fairly challenging with clues that generally have very smooth surface readings. Contenders for favourite clue include 10a, 3d and 9d.