Good morning from a soggy South Staffs. My thanks to Kath for standing in last week while I was tied up with last-minute running around for my daughter’s wedding last Saturday. All went well, and I’m now recovering.

Giovanni has thrown in some unusual meanings today, and it took me ages to parse the last two in, 20a and 19d, hence the difficulty marking bordering on ****.

7a           Talk from head of college about poetry (8)
CONVERSE – Put together the first letter (head) of College, another word for about, and some poetry.

9a           Tree providing fruit, no end, east of river (6)
POMELO – Crosswordland’s favourite Italian river followed by a large fruit with its final letter removed (no end). 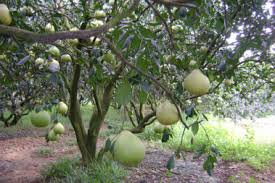 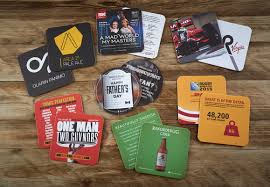 11a         Adds different colours to very small sign around entrance (10)
VARIEGATES – Start with an abbreviation (small) of Very, then add a sign of the Zodiac wrapped around a field entrance.

14a         Not appropriate to be wearing informal attire? (8)
UNSUITED – A businessman going to the office on ‘dress down Friday’ may be described as this.

15a         Cook with herb — a specified health-giving amount? (6)
DOSAGE – A two-letter word for cook followed by a herb often found in stuffing.

17a         Swimming gear in luggage (6)
TRUNKS – Double definition: a man’s swimming costume; or some large pieces of luggage.

20a         Instrument is one not working — engineer needed (8)
ORGANISE – A large musical instrument found in a church or concert hall, followed by IS (ON)E(from the clue) with the word that means ‘working’ removed.

22a         Areas of interest for comic actor (6)
FIELDS – Double definition, the second being a comic actor who died in 1946, known for one-liners like “I spent half my money on gambling, alcohol and wild women. The other half I wasted.” 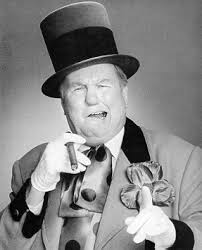 23a         Fervour of old lover getting recognition (10)
EXCITATION – The usual former lover followed by the formal recognition statement attached to the award of an honour.

24a         and 2 Down: Crazy English sweetheart heading off to be given new look (4,4)
MADE OVER – Put together a word for crazy, English, and a sweetheart with the first letter removed.

25a         French in charge? There’s bitterness to begin with (6)
GALLIC – A bitter substance followed by an abbreviation for ‘in charge’.

1d           Tennis stroke bringing advantage (8)
FOREHAND – Double definition, the second being one I hadn’t come across before: I suppose it’s the opposite of being on the back foot.

5d           Restlessness evident in self-identification of G&S character (10)
IMPATIENCE – Split (1’1, 8), this could be the title character of a Gilbert and Sullivan opera introducing herself.
ARVE Error: need id and provider

6d           Rob‘s warm garment (6)
FLEECE – Double definition, the second being the warm garment which has virtually eclipsed the knitted sweater.

8d           Reprimand that comes with the bashing of drum? (6)
EARFUL – The drum is part of the organ of the body which gets a metaphorical bashing in this reprimand.

16d         Soldier on the ball having accepted top-class advice (8)
GUIDANCE – An American soldier wrapped around the letter indicating top or upper class, followed by a musical ball.

18d         Team getting cross, upset, making emergency exit? (4,4)
SIDE DOOR – Another word for a sports team, followed by the reversal (upset) of an archaic word for the Cross of Christ.

19d         This person leading the side is crying (6)
MEWING – A pronoun for ‘this person’ followed by the side extension of a large house, giving us the crying of, for example, seagulls.

21d         Feline once caught rodent outside (3,3)
REX CAT – The Latin word meaning ‘once’ or ‘former’ and the abbreviation for Caught on a cricket scorecard, with a common rodent wrapped around both. 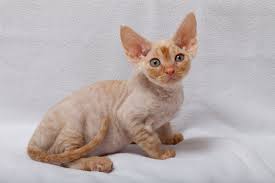 22d         Knight gets irritable going around in splendour (6)
FINERY – A word for irritable or short-tempered wrapped around the chess notation for a knight.