We have a very gentle offering from Giovanni today, with nothing particularly obscure (3d probably comes closest) and a lack of Scriptural references (perhaps surprising for a day which forms part of the greatest festival in the Christian calendar).

5a           Revolutionary with fate sealed beginning to shred garments (7)
CLOTHES – Wrap Crosswordland’s favourite Socialist revolutionary around a word for fate or fortune, then add the first letter of Shred.

10a         Gold label at the front of books for decoration (8)
ORNAMENT – Put together the heraldic term for gold, a label or title, and an abbreviation of one of the sets of books in the Bible. 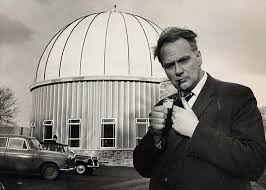 13a         What some unfortunately have in their hair, idiots! (4)
NITS – Double definition, the first being the egg cases of head lice.

17a         Degenerate academic left one by entrance (10)
PROFLIGATE – Put together a short form of an academic title, Left, the Roman numeral for one, and the entrance to a field.

19a         Performance is given energy after pair warm up? (8)
PRACTISE – Start with an abbreviation for ‘pair’, then add a performance, IS (from the clue) and Energy.

20a         Firm joins US university engaging a thousand in effect (6)
COMMIT – An abbreviation for a firm or corporate entity and a US university known by its three-letter acronym, placed either side of the Roman numeral for a thousand.

22a         Chaps eating half the bread and fruit (5)
MELON – Another word for ‘chaps’ wrapped around the first half of a quantity of bread.

1d           Severn phenomenon that fails to generate interest? (4)
BORE – The tidal surge which races up the Severn every so often, or something which leaves you yawning.

2d           Brown box sitting on upturned cask (8)
CHESTNUT – A box which may contain treasure, followed by the reversal (upturned) of a sort of barrel.

4d           Separating English and US agents participating in swindle (10)
SEGMENTING – English and some FBI agents, with a swindle (possibly a trap set by law enforcement agents to catch criminals) wrapped around them.

6d           Reports most agitating about soldiers, assault forces (5,8)
STORM TROOPERS – Anagram (agitating) of REPORTS MOST, wrapped around the abbreviation for soldiers who are not officers.

14d         Illustration of Indian city, dingy on the outside (7)
DIAGRAM – The Indian city where the Taj Mahal is to be found, with dingy or gloomy wrapped around it.

15d         Hand out drink — see cat dipping into it (8)
ALLOCATE – A word meaning ‘See!’ and CAT (from the clue) with CAMRA members’ favourite drink wrapped around them.

17d         Adaptable factory once head of industry gets stuck in (6)
PLIANT – Put the first letter of Industry into a factory or industrial complex.

18d         Sign of approval about hospital being very friendly (5)
THICK – The mark a teacher puts by a correct answer (not the one that looks like a kiss!), wrapped around Hospital. See also Kath’s hint for 8d in DT 28070.

21d         Nothing about which fellow gets to complain (4)
MOAN – A fellow or chap wrapped around the letter which looks like a zero.