Good morning from South Staffs on a dark, rainy morning.

A few bits of General Knowledge needed today, and one or two slightly unusual words, but otherwise I found Giovanni’s puzzle reasonably straightforward.

1a           Treat with contempt a pre-exam test (4)
MOCK – Double definition, the second being a dummy run of an important examination.

10a         Attendant making little display of anger crossing street (10)
MINISTRANT – A prefix signifying ‘little’ and an angry outburst placed either side of the abbreviation for STreet.

13a         Italian in pain having a rest? (7)
SITTING – An abbreviation for ITalian inside the sort of pain you get from a nettle or a wasp.

18a         Disposition to show rage — be regretful losing head (11)
TEMPERAMENT – A word for rage followed by ‘be regretful’ or ‘bewail’ with its first letter removed.

23a         Dissolute types given punishment at school, one boy included (10)
LIBERTINES – The Roman numeral for one and a boy’s name are inserted into a school punishment consisting of writing out a sentence a set number of times or, in the Greyfriars School stories I read as a boy, of writing out chunks of the Aeneid. 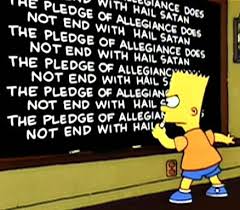 24a         Leave with quiet expression of surprise (4)
GOSH – Another word for leave or depart, followed by an instruction to be quiet.

26a         Foreign money haphazard — order lost (4)
RAND – Remove the initials of an honour awarded by the Queen to individuals of great achievement in the fields of the arts, learning, literature and science from a word for haphazard or chance.

1d           Bankrupt’s ultimate joke, involved in extra money being borrowed (8)
MORTGAGE – The last letter of bankrupT and a joke told by a comedian, with a word for ‘extra’ wrapped around them. 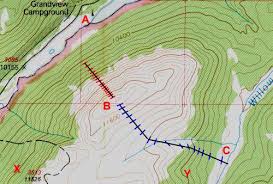 5d           What nave of church has, being well-kept (9)
SHIPSHAPE – This one is easy if you know the Latin word from which ‘nave’ is derived – one possible origin being that the roof timbers of the nave of a church may resemble an upturned boat. The expression meaning ‘well-kept’ is completed by ‘and Bristol fashion’. 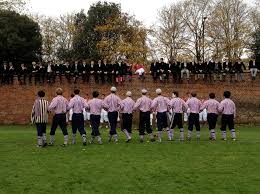 7d           Disastrous time with student event undermined by one head of college (6)
TRAGIC – Put together Time, a student carnival, the Roman numeral for one, and the first letter of College.

8d           Senility of Venice’s bigwig entertaining volunteers (6)
DOTAGE – The chief magistrate of the Venetian Republic from 697 to 1797, wrapped around the initials which used to designate what is now called the Army Reserve.

12d         Having both feet on the ground — as, say, after parachute jump? (4-2-5)
DOWN-TO-EARTH – A figurative expression which literally describes the position of someone who has completed a parachute jump.

15d         Putting right a part of the Army that’s withering? (9)
REMEDYING – The initials of one of the engineer regiments of the Army followed by what’s happening to a plant which is withering.

16d         Leo has this place with wild animal getting horrible disease (8)
DENEBOLA – The answer is a star also known as Beta Leonis. A place where a wild animal may live, followed by a viral disease which has recently killed a lot of people in Africa. 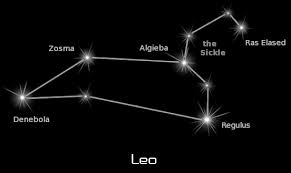 17d         Good person felt irritation as one post-operation? (8)
STITCHED – An abbreviation for a recognised holy person followed by ‘felt irritation’ (the sort which is cured by scratching).

19d         Woman given command in Salvation Army (6)
STELLA – A verb for ‘command’ inside the initials of the Salvation Army, giving us a woman’s name.

20d         Projecting beam or stake buried under rocky territory (6)
GIBBET – The rocky bit of the Iberian peninsula which the UK holds, followed by a gambler’s stake.