Good morning from South Staffs where there’s a touch of frost this morning, something we haven’t seen for a while.

Not as difficult as last week’s Giovanni, I thought, but the two long Across clues in the middle of the grid took me a little time to untangle.

9a           Snatch sleep after swallowing acid (6)
KIDNAP – There are two words for sleep forming part of the answer: the one you want is wrapped around the abbreviation for deoxyribonucleic acid.

10a         Animals hunted in pits (8)
QUARRIES – Double definition, the second being open pits for the extraction of rock.

11a         Direction suggested by one after the start (5-4)
NORTH-EAST – If you ignore the first letter (after the start) of oNE you get the compass point which is the answer here.

13a         Novel left regularly in a place for books? (5)
SHELF – A novel by H Rider Haggard followed by alternate letters of LeFt.

21a         Predict a boring thing for the audience (5)
AUGUR – This word for predicting the future (originally by observing the behaviour of birds) is a homophone (for the audience) of a hand tool used for boring holes in wood. 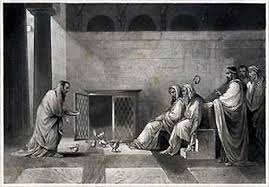 23a         Criticise cold fizzy drink being served at entrance (9)
CASTIGATE – Put together Cold, one of the usual crossword sparkling wines, and an entrance.

26a         Lacking mercy, not having particular female around? (8)
RUTHLESS – A woman’s name followed by a suffix indicating absence. If Boaz’s wife was away he could, punningly, be said to be this.

27a         Mineral given by doctor to tot — surgery’s latest thing to be swallowed (6)
GYPSUM – Put together the acronym for a doctor in general practice and a word meaning ‘tot up’, then insert the last letter of surgerY. 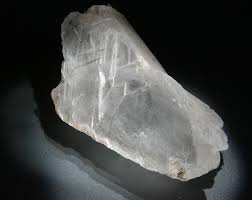 3d           Pedagogue flogged cheat with little hesitation (7)
TEACHER – Anagram (flogged) of CHEAT with a word for a hesitation added.

6d           Area is mined that contains uranium — vast expanse of land (7)
EURASIA – Anagram (mined) of AREA IS wrapped around the chemical symbol for Uranium. 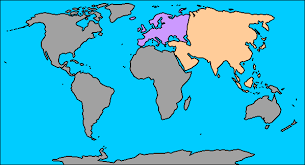 7d           Love energetic girl (5)
OLIVE – The letter that looks like a love score at tennis followed by energetic, or energised electrically, giving us a girl’s name or an oil-producing fruit. 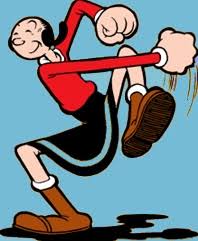 8d           Female is hurt outside front of French establishment providing food (4,4)
FISH FARM – Put together Female, IS (from the clue), and a word for hurt wrapped around the first letter of French. 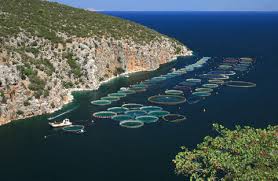 12d         More than one youngster rises, having received handout (11)
ADOLESCENTS – A handout or Social Security benefit inserted into some rises or climbs.

18d         Friendly expression of surprise on phone (old style!) (7)
CORDIAL – An exclamation followed by the part of a telephone that used to be used to generate the number you were calling.

19d         As someone who is inquisitive, one enters, certainly not silently (7)
NOISILY – an adverb for the action of an inquisitive person, with the Roman numeral for one inserted.

22d         Grand one as seen looking down on little creature? (5)
GIANT – An all-in-one clue. Put together an abbreviation for Grand, the Roman numeral for one, and an insect.