Good morning from South Staffs on a grey autumn morning.

I was held up iin the NW corner of today’s Giovanni, with 11a being last in, and this pushed today’s puzzle into *** territory for me.

In the hints below, the definitions are underlined. The answers are hidden under the ‘Click here!’ buttons, so don’t click if you don’t want to see them. Some people have been having a problem with the buttons, where they shrink to a vertical ine and don’t work: refreshing the browser two or three times can restore normal service.

1a           Mother’s scientific workplace set about making ointment (6)
BALSAM – Put together a shorter form of ‘mother’s’ and the short form of the place where a scientist works, then reverse the lot.

5a           Weeds creating frightful ado in southern county briefly (4,4)
WILD OATS – The shortened form of acounty in SW England, with an anagram (frightful) of ADO inserted in it. 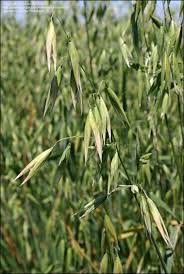 9a           Time to recover, but not spiritually (10)
TEMPORALLY – Another word for time, especially in a musical sense, followed by a recovery from a position of weakness. 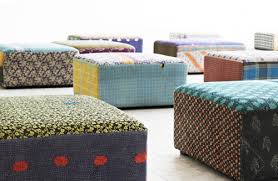 19a         Additional supply for one who conjured up Utopia (4)
MORE – Double definition, the second being the Man for All Seasons who wrote Utopia 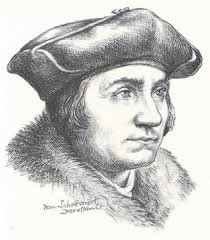 23a         Amount of difference when prisoner is given fresh start (8)
CONTRAST – One of the usual crossword prisoners followed by an anagram (fresh) of START.

26a         … which is what Bill would become if this, lacking guidance (10)
LEADERLESS – To make ‘Bill’ into the word for ‘unwell’ in the previous clue (note the link with the dots at the end of 25a and the start of this clue), you would have to remove the initial or leading letter, thus making it …

27a         Send from some French district (8)
DESPATCH – The French partitive article meaning ‘some’ followed by a local district or territory.

3d           Soldiers with time short drank outside, being held up (9)
SUPPORTED – Put together the abbreviation for soldiers who are not officers and an abbreviation for Time, then wrap a word for ‘drank’ around the result

7d           Outstanding rugby player portrayed with halo (5)
OWING – A halo is circular and goes at the head of a character, so needs to be at the top of this Down clue, followed by one of two players from the threequarter line of a rugby team.

14d         One would get puffed after a violent struggle (5,4)
PEACE PIPE – Cryptic definition of something smoked in Western films when the cowboys and Indians stopped fighting. 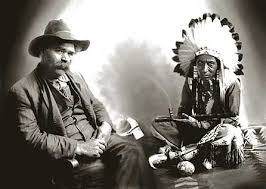 16d         Notice a lieutenant in muddy office of navy bigwig (9)
ADMIRALTY – Start with a short form of a commercial notice, then add a word for muddy with A (from the clue) and an abbreviation for lieutenant put inside it.

17d         Iron glove in a form of punishment (8)
GAUNTLET – Double definition: an armoured glove; or something that miscreants were made to run through.

22d         Growth allows old-style educational institution to gain power (5)
POLYP – A shortened form of one of the tertiary education establishments which were turned into universities in the 1990s, followed by an abbreviation for Power.

24d         Foreign food has upset us — deficient bit of beef (5)
SUSHI – Reverse (upset) US from the clue, then add a cut of stewing beef with its final letter removed (deficient). 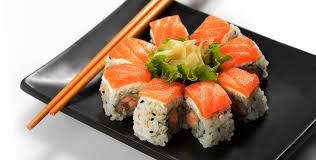