Good morning from South Staffs on a bright May morning, as bleary-eyed electionwatchers stagger off to bed.

For some reason I was able to race through today’s Giovanni, and finished comfortably inside my * time. Knowing of the existence of the artist in 26d helped in that respect.

1a           Cabinet‘s bit of private information given publicity endlessly (10)
SECRETAIRE – To get this item of furniture, put together something that you don’t want others to know and a verb meaning ‘given publicity’ with its final letter removed. 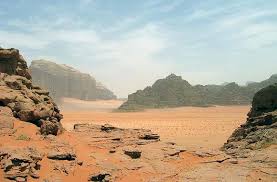 12a         International agreement that sees top cricketer suspended for a while? (4,3)
TEST BAN – This agreement to halt experimental detonation of nuclear weapons could also be a decision to stop someone playing top-level international cricket.

13a         Sauce can give headache when served with duck (5)
PESTO – Someone who is a headache or a nuisance, followed by the letter that looks like a duck at cricket.

15a         Determination to crack again (7)
RESOLVE – Double definition, the second inviting you to do this crossword again.

17a         Pompous, like one able to look down from a great height? (7)
STILTED – Pompous, laboured or unnatural – or the position of a sort of circus performer. 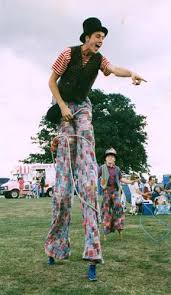 19a         Cross girl you had once found harbouring love (7)
ANNOYED – A girl’s name and an archaic way of saying ‘you’d’, placed either side of the letter which looks like a love score at tennis.

21a         ‘Elvis’ sits by vehicle making music for those passing by (7)
BUSKING – A type of motor vehicle followed by the sobriquet of Mr Presley.

24a         Wind, one penetrating church recess (7)
CHINOOK – An abbreviation for church and a recess or cranny, placed either side of the Roman numeral for one, giving a warm, dry wind blowing down the east side of the Rockies (or a type of helicopter).

27a         Sparkling old lover of the upper class with silly banter (9)
EXUBERANT – Put together the usual former lover, a letter denoting ‘upper class’, and an anagram (silly) of BANTER.

28a         Exhausted writer sitting in street (5)
SPENT – Something you write with inside an abbreviation for street.

29a         What shop may put on in part of Greater Manchester (4)
SALE – Double definition, the first being something that some shops have all the time, while others may put one on in January, for example.

2d           Mistress of violent nature so cold initially (9)
COURTESAN – Anagram (violent) of NATURE SO, with Cold placed at the front.

3d           Distinctive spirit of English Society, although briefly hidden (5)
ETHOS – A short form of ‘although’ placed between English and Society.

5d           Repudiates diatribes about London’s business quarter (7)
RECANTS – Diatribes wrapped around the letters of a postal district for the City of London.

7d           Lady taking a long time to capture knight (5)
AGNES – A woman’s name is made up of the chess abbreviation for a knight inside a word for a long time.

11d         Mischief-maker with affectedness improves? Quite the opposite (7)
IMPAIRS – A mischievous child or little devil followed by a sort of affectedness (as in ‘she gives herself xxxx’).

14d         Rare song is surprisingly offered by those putting on an event (10)
ORGANISERS – Anagram (surprisingly) of RARE SONG IS.

20d         Dying to find relaxation at end of final month (7)
DECEASE – A short form of the final month of the year, followed by relaxation.

21d         Something hairy makes one react angrily (7)
BRISTLE – Double definition: what a man’s chin may have if he hasn’t shaved; or a verb meaning to react angrily.

26d         Elizabeth’s heading off to become an artist (4)
ETTY – A diminutive form of the name Elizabeth with its first letter removed, giving an English painter born in 1787. 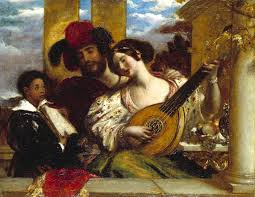