A couple of less common words from Giovanni this morning, but otherwise I found it not too difficult, hence only ** difficulty for me. 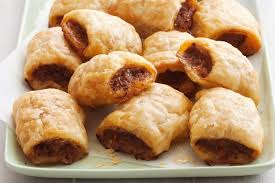 8a           Critical factor put off worker — pit almost falling in (11)
DETERMINANT – Another word for ‘put off’ and one of the usual crossword workers, placed either side of a pit with its last letter removed (almost).

12a         Water that’s brown spreading across river (4)
TARN – River inside the sort of brown you get from sunbathing, giving a mountain lake. 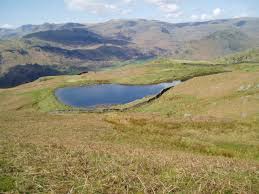 13a         One struggling to establish line in attack (7)
BATTLER – Put an abbreviation for Line inside a verb meaning to attack physically.

15a         Seats become rotten aboard ship (7)
SADDLES – A word for ‘become rotten’, as in eggs, placed inside the usual crossword ship.

16a         Strong piece of material that may be disposable (5)
NAPPY – Double definition, the first being an obscure term for strong, frothy ale; the second is something that every one of us will have worn at some point in our lives.

18a         Trim old man getting about (4)
PARE – Another word for one’s old man followed by the Latin word for about or concerning.

19a         Old buffoon opposing the first hint of change (5)
ANTIC – A word for opposing or against, followed by the first letter of Change.

21a         Helps foolish person — is crossing street (7)
ASSISTS – A fool followed by IS (from the clue) wrapped around the abbreviation for street.

22a         Brilliant hit — hooked? (7)
LAMBENT – Another word for hit followed by an adjective describing something hook-shaped.

23a         Romantic couple despite marriage fraying at the edges (4)
ITEM – Hidden in the clue. Remove (fraying) the outsides of ‘despite marriage’ to find the answer.

26a         Insect that is loud by meadow (4)
FLEA – The musical symbol for loud followed by the meadow the lowing herd winds slowly o’er in Gray’s Elegy.
ARVE Error: need id and provider

27a         Like well-worn sofa OK for retrieving from skip? (11)
RECOVERABLE – I think this is two cryptic definitions, though you may also think it an all-in-one. What you might do to refurbish a worn sofa; or how you might get hold of one.

3d           Man to walk ahead of gossipy female (7)
STEPHEN – A man’s name is made up of a synonym for walk followed by a clucking chicken or, by extension, a gossipy female.

6d           Hard mineral, not fine material (4)
LINT – Remove the initial F (not fine) from a hard stone to get a soft fabric used in dressings, or the fluff that has to be extracted from your washing machine..

9d           Ribbons and label on dog upset the French female (11)
TAGLIATELLE – To get these pasta ribbons put together a word for label, the reversal (upset) of a word for dog or follow, and a French female pronoun. 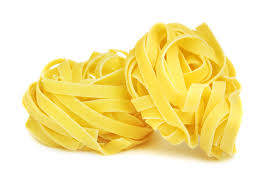 15d         Ruin ground with introduction of parking (5)
SPOIL – The abbreviation for Parking inside some ground or earth.

19d         A project in which a learner appears perplexed (2,1,4)
AT A LOSS – A (from the clue) followed by a verb meaning ‘project’ (a projectile) with the second A from the clue and Learner inside.

20d         Bad act and more or less everybody could make it (7)
CATCALL – Put together an anagram (bad) of ACT, a Latin abbreviation for about or ‘more or less’, and a word for everybody, and you get something that a bad variety act might attract from the audience.
ARVE Error: need id and provider

24d         Measure that sounds suitable (4)
Paper version: Suitable encounter from what we hear (4)
METE – A somewhat archaic word for measure – still seen in the expression ‘xxxx out justice’, which sounds like a somewhat archaic word for suitable or fitting. The paper version has ‘suitable’ as the definition, and we’re told that it sounds like a word for ‘encounter’. The problem with that is that Chambers does not give that spelling of the word for ‘suitable’.