Good morning from South Staffs, where there’s a reasonably bright statrt to the day – barring the news from the land of the 2Kiwis, which we won’t talk about…

The top end of ** for me this week, but those allergic to religious terminology may find it more difficult.

6a           Early man discovered across Dorset/Hampshire border (4)
SETH – Hidden in the clue is one of the sons of Adam and Eve.

10a         Suffering at the back of cold entrance (5)
CHARM – Cold followed by suffering or damage. The definition word is one of those that can be pronounced two ways.

11a         Work that could get sewer functioning (9)
TAILORING – The sewer here is one who uses a needle and thread. 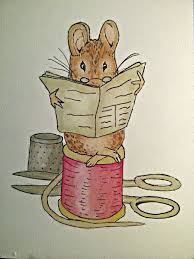 12a         Room seen through the French window (7)
LATTICE – A top-floor room inside the French definite article.

14a         Devil on street with nasty stare kicks up a fuss (12)
DEMONSTRATES – A devil, followed by the abbreviation for street and an anagram (nasty) of STARE.

27a         Party very loud after food, making one fed up (7,3)
CHEESED OFF – Put together a dairy product, one of the usual crossword parties, and the musical symbol for ‘very loud’.

1d           Under the doctor, upset priest is easily managed (6)
DOCILE – An abbreviated form of doctor, followed by the reversal (upset) of an Old Testament priest who regularly appears in crosswords.

2d           Presence of this person beset by anger (6)
WRAITH – A ghostly presence is made up of a word for anger with the pronoun for ‘this person’ inserted into it.

3d           Some morticians trained to offer expressions of sympathy (14)
COMMISERATIONS – Anagram (trained) of SOME MORTICIANS.

5d           Type of Christian turning up in certain universities (5)
UNIAT – Hidden in reverse (turning up in) in the clue, giving a member of one of the Eastern churches that acknowledge papal authority while retaining their own liturgy.

7d           Eat to get over awful toil — having minimal energy, grow pale (8)
ETIOLATE – Anagram (awful) of TOIL inserted inside EAT (from the clue), followed by Energy.

17d         Antioxidant from plant — the thing in the morning to be swallowed (7,1)
VITAMIN E – The sort of plant that produces grapes, wrapped around the pronoun for ‘the thing’ and the Latin abbreviation meaning ‘in the morning’.

19d         Colour architect Jones used with encrusted diamonds (6)
INDIGO – One of the colours of the rainbow. Diamonds inside the first name of the Mr Jones who built the Banqueting House in Whitehall. 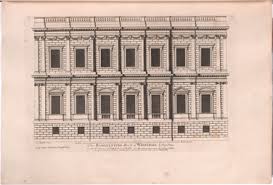 20d         Church service with bread, one female getting huge piece of crust (6)
MASSIF – A Catholic Eucharist service, followed by the Roman numeral for one and Female, to get a large mountainous region.