Good morning from South Staffs on a windy January day.

I thought this was much more straightforward than last Friday’s puzzle, so only ** for difficulty.

10a         Supply required by French department to achieve balance (9)
EQUIPOISE – A verb meaning to supply kit, followed by a Département in the north of France.

12a         Charge rent that’s ridiculous on superior street (7)
ENTRUST – Anagram (ridiculous) of RENT followed by the letter indicating superior or upper-class and the abbreviation for street.

13a         Fighting unit of the Engineers led by baddie (5)
CADRE – A common crossword baddie followed by the initials of a regiment of engineers.

14a         One offers drink with buffet at ball thrown on green (9)
PUNCHBOWL – Another word for buffet or hit followed by one of the bits of kit used in a game played on grass by people with non-spherical balls.

16a         Scientists in bars, egoistic lot getting sozzled (15)
BACTERIOLOGISTS – Anagram (getting sozzled) of BARS EGOISTIC LOT.

19a         Just having a part of hospital to one side (9)
RIGHTWARD – A synonym of ‘just’ followed by one of the accommodation units in a hospital.

21a         Venomous type, more insane, putting maiden off (5)
ADDER – Remove (putting off) the cricket abbreviation for a maiden over from a word meaning ‘more insane’. 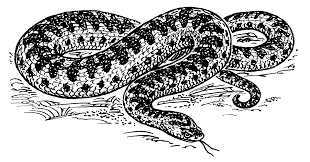 23a         Problem in road Rod found around front of the house (7)
POTHOLE – A rod or perch wrapped around the first letter of The and an abbreviation for house. 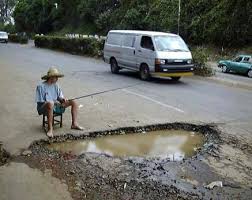 25a         Word meaning ‘charges’ in concise dictionaries (7)
INDICTS – Charges as in accuses of a crime. IN from the clue followed by an abbreviation for ‘dictionaries’.

27a         Vessel getting lacerated they emptied when reaching island (5,4)
CUTTY SARK – A famous sailing ship is made up of a word for lacerated, the first and last letters (emptied) of T(he)Y and one of the Channel Islands. 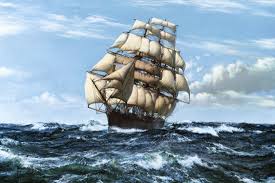 28a         Indian offering love, a man of wisdom (5)
OSAGE – The letter which looks like a love score at tennis followed by a wise man, giving a member of a Native American tribe.

3d           Greeting in a couple of lines ancient city got finally (3,3,4)
ALL THE BEST – Put together A (from the clue), two abbreviations for Line, an ancient city in Greece or Egypt, and the final letter of goT.

5d           High-level plan sure to work out (8)
SUPERNAL – Anagram (to work out) of PLAN SURE. Slightly late appearance of a word most familiar from a Christmas carol.
ARVE Error: need id and provider

7d           One in B&B joined by university yobs wasting time as boozers (8)
BIBULOUS – Put the Roman numeral for one in between B and B, then add an abbreviation for University and some yobs with the T removed (wasting time).

13d         What could make PC be scary? Ultimately the whole virtual environment (10)
CYBERSPACE – Anagram (what could make) of PC BE SCARY plus the last letter (ultimately) of thE.

15d         Like varieties of churchmanship everywhere (4,3,3)
HIGH AND LOW – A phrase usually found in conjunction with ‘search’ could also describe the Anglo-Catholic and Evangelical wings of the Church of England.

17d         Think about nothing, then stir to depose leader (8)
COGITATE – Put together an abbreviation of the Latin word for ‘about’, the letter which looks like a zero, and a verb meaning to stir (politically) with its first letter removed.

20d         Doctor coming with coloured fluids — they are to be swallowed (6)
DRINKS – An abbreviation for doctor followed by coloured fluids used for writing or printing.

22d         Country houses in south of Ireland Bill possesses (6)
DACHAS – These are Russian country houses. Put together the last letter (South, in a Down clue) of IrelanD, a bill or account, and a verb meaning possesses. 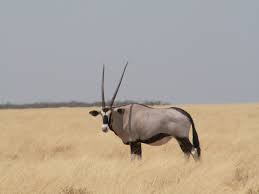