Good morning and Happy New Year from South Staffs where the day is starting bright.

I thought that Giovanni has set us a stiffer challenge this morning than he has for the last couple of weeks – well into *** difficulty for me.

4a           The cream to play against Wolves (4,4)
FACE PACK – Nothing to do with football. This is a beauty treatment that could also describe being in opposition to a group of wolves. 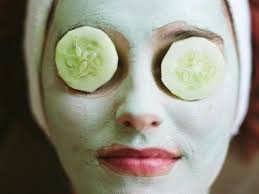 8a           Duck beyond river grabbed by some other bird (6)
PARROT – Put an abbreviation for River and the letter that looks like a duck on a cricket scorecard inside a word for ‘some’.

9a           Symbols in old books stored in country (8)
NOTATION – The usual abbreviation for the first part of the Bible inside a country or ethnic grouping.

10a         Conservative getting found out fell apart (8)
CRUMBLED – An abbreviation for Conservative followed by an informal word for ‘found out’.

12a         One in sheltered accommodation’s in Chinese city (8)
TIENTSIN – Put the Roman numeral for one inside a camping shelter, then add the ‘S and IN from the clue.

13a         Joker concealing name is a criminal (8)
GANGSTER – Name inside someone telling a series of jokes.

16a         Urge fellow to be a correspondent? (8)
PRESSMAN – A synonym of ‘urge’ followed by a fellow or chap, to get a correspondent for a media outlet.

19a         Removes portions of text (8)
EXTRACTS – Double definition, the first being what a dentist might do.

21a         Cards shown round front of club to get such initially? (6)
ACCESS – This is an all-in-one clue. Put the first letter (front) of Club inside examples of a particular rank of playing card, then add the first letter (initially) of Such. And if you show your membership card at the front door of a club you get…

23a         Rural communities full of anger — they can kill people (8)
FIREARMS – A word for anger inside some examples of rural activity.

25a         Man in street unruffled (6)
STEVEN – A man’s name is made up of the abbreviation for street and a word meaning unruffled or calm. 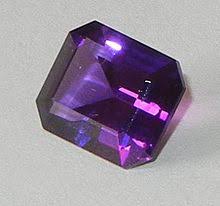 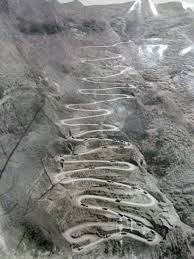 2d           Amount of muck one found in ghastly loch (9)
GRIMINESS – The Roman numeral for one placed between a word for ghastly and a famous Scottish loch.

4d           Getting established — it can be harder for someone with a big corporation (7,4,4)
FINDING ONE’S FEET – A metaphor for becoming used to a new situation, or something literally difficult for a fat person.

5d           Worrying about the heartless activity at event (8)
CATERING – Remove the middle letter (heartless) from T(h)E and put the result inside a word for worrying about something.

7d           Men having beer after church — where this is sung? (7)
CHORALE – An abbreviation for church, followed by the acronym for soldiers who are not officers, and a variety of beer.

14d         Animals brought up and graded in different cages? (9)
SEPARATED – Reverse (brought up) some of the higher animals, and add a word for graded, to get an answer of which ‘in different cages’ is an example.

22d         Be established as transporter of football team? (5)
EXIST – The Roman numeral for the number of players in a football team, inside an abbreviation of ‘established’.