Good morning from South Staffs on another damp,grey November day.

I was heading for * time until I was brought up short by 26a, and it took a little while first to identify the definition and secondly to parse it.. 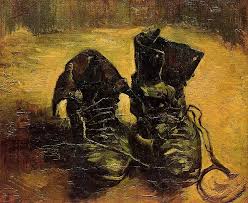 6a           One put in grave, as already mentioned (4)
SAID – Put the Roman numeral for one inside a word meaning grave or solemn. The answer is often found in legal documents preceded by ‘the’, and describes something previously mentioned in the document.

9a           Seductive type to come in, wanting one caught, trapped (7)
ENTICER – The Roman numeral for one, again, and the cricket abbreviation for Caught placed inside ‘come in’.

10a         Goes round a hill to the west with group returning (7)
ROTATES – Reverse (to the west) A from the clue and a type of hill found especially in the West Country, then reverse (returning) a word for a group.

14a         Chemical in Italian river and lake occupied by bird (6)
PHENOL – Crosswordland’s favourite Italian river with a female bird inside it, followed by Lake.

19a         Nasty cricket delivery to get one smiling? (6) Revised online version: Ray’s meeting the Queen — that should get one smiling (6)
BEAMER – Double definition, the first being an illegal head-high full toss. An unfortunate clue given this week’s news, though the crossword was obviously compiled in advance of the incident, and it was not one of these which hit Phil Hughes.

The revised version has another word for a ray of light folloowed by the Queen’s regnal cipher – and a nice surface reminding us of one of the other Telegraph setters.

24a         Extra notes about South Africa strewn across a study (7)
CADENZA – The Latin abbreviation for about or approximately and the IVR abbreviation for South Africa, placed either side of a study, giving the bit in a concerto where the orchestra pauses while the soloist shows off.
ARVE Error: need id and provider

25a         Imitate bird having got out of office (7)
EMULATE – An Australian flightless bird, and a word for departed or out of office.

26a         Kind of game not to be played gently (4)
SORT – Remove the musical symbol for softly or gently from another generic word for game.

27a         Getting rid of debt in colony (10)
SETTLEMENT – Double definition, the first being an agreement with one’s creditors.

3d           The homeless may be looking for this compromise (13)
ACCOMMODATION – Double definition, the first being a straight statement of what homeless people are looking for.

5d           US marshal needs to get sharper piece of audio equipment (8)
EARPHONE – The US marshal who took part in the gunfight at the OK Corral, followed by a verb meaning ’to sharpen’.

8d           Party line being held with certain release of information (10)
DISCLOSURE – Put Line inside a type of party where recorded music is played (usually very loudly) and add a word meaning ‘certain’. 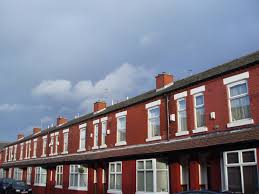 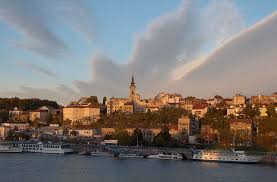 20d         Chum protecting journalist, one to act as a go-between (7)
MEDIATE – The usual journalist and the Roman numeral for one placed inside a pal or chum.

21d         Strip bar on Little Street (6)
DIVEST – A scruffy bar or nightclub followed by the abbreviation for STreet.