Hola from the Vega Baja where I’m on double time again. Yep, it’s another public holiday in Valencia (Día de la Comunidad Valenciana)!
I thought this a fairly benign puzzle with nothing to really frighten the horses .  There are a couple of clues where either I’m missing something or they aren’t quite right. I’ll be interested to see if anyone can explain further.

As usual the ones I liked the most are in blue and the answers are hidden under the ‘click here’ buttons.

2a           Explanatory representation of virus a little European contracted (12)
ILLUSTRATIVE: It’s an anagram (representation of) of VIRUS A LITTLE.  This is one where I may be missing something. I can’t see what the EUROPEAN CONTRACTED is there for, unless the setter miscounted letters and thought we needed another E in the fodder!

9a           Son cutting meals by reforming diet perhaps (8)
ASSEMBLY: An anagram (reforming) of MEALS BY with S(on) inserted (cutting) will give you a diet or parliament. 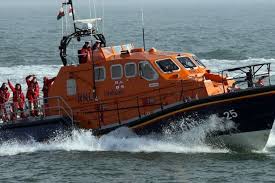 11a         A French expert getting left inside to remove trainer? (6)
UNLACE: The French indefinite article followed by the usual expert with L(eft) inserted (inside) gives something you do to remove your training shoe.  Actually I don’t, I just pull ’em off but then I have to do this to get them back on again!

12a         Promotion to offer before agitation? (10)
PREFERMENT: A three letter prefix meaning before followed by a word meaning agitation or unrest.  This is another where I may be missing something. What’s the TO OFFER all about?

13a         Popular colleague one’s given time (6)
INMATE: The usual popular followed by a colleague or friend gives a word for someone serving time in prison. 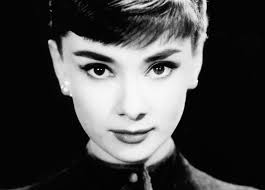 21a         Obstacle about first piece of equipment that’s technologically advanced (2-4)
HI TECH: Take an obstacle or problem and insert (about) an E (first piece of Equipment) and split the result (2-4)

23a         Former person in union rung and given praise (8)
EXTOLLED: The usual abbreviation for a former spouse (person in union) followed by a word meaning rung, a bell perhaps.

24a         Criminal having anxiety in Germany (8)
GANGSTER: Al Capone was one of these. Insert a word for anxiety or distress into the three letter abbreviation for Germany.

26a         I’m opposed to imperial figures? (6,6)
METRIC SYSTEM: Cryptic definition of an alternative to Imperial weights and measures.

1d           Artist overlooking seaside feature that’s pointedly offensive (6)
RAPIER: A type of sword is a charade of the usual artist and something you might find in a seaside resort such as Brighton. 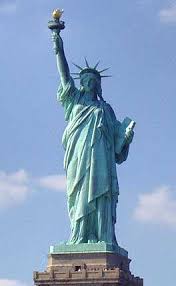 5d           Russian mystic artist’s given introduction (8)
RASPUTIN: It’s that artist again (don’t forget the ‘S this time) followed by a phrase (3,2) which could mean given introduction or placed inside.  Surprised the setter didn’t make some allusion to the Russian president!

6d           Back including ‘monsieur’ in Asian language (5)
TAMIL: A language spoken in parts of India and Sri Lanka is M(onsieur) inserted into (including) a word meaning back or rear.

7d           Speed shown briefly by five in Rome? (8)
VELOCITY: This is a term for speed whose single letter abbreviation (shown briefly) the letter for five in Romen numerals.  Strictly speaking this isn’t the same as speed. It’s speed in a specified direction but I guess it’s near enough.

14d         Gold alone is kept in silence in gloomy place (9)
MAUSOLEUM: Start with a word for silence (3) and insert (kept in) the chemical symbol for gold and a word meaning alone or single.

19d         Dismissed some tennis in the beginning (6)
OUTSET: A charade of a word for dismissed followed by a part of a tennis match.

20d         Peninsula in Russian region lacking sun (6)
IBERIA: Start with a part of northern Russia and remove (lacking) the S(un) from the beginning and you’re left with the European peninsula where I live.  Bit of a chestnut methinks! 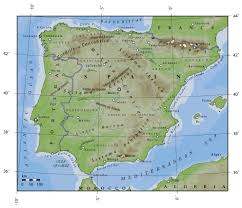 22d         Anxious time in US medical facility (5)
EAGER: A long time inserted into what the Americans call the A & E department of a hospital.

No real stand-outs this week but my favourte is probably 18a.