Good morning from South Staffs on a bright, sunny morning with the promise of another hot day.

I found it a little difficult to get started on this puzzle from the Don, perhaps because I always like to start in the NW corner, and that turned out to be the last to yield.

1a           Breeding establishment for Spooner — and for us! (10)
{ BLOODSTOCK } The answer is a word describing racehorses kept for breeding. It sounds like what Dr Spooner, might call a building at an establishment where these animals are kept.

6a           Illustrious man and very important lady in house (4)
{ HERO } The regnal cipher of Her Majesty inside an abbreviation for house.

10a         Obscure English female hides in lavatory, rather rudely (5)
{ BEFOG } English and Female inside a vulgar term for a lavatory.

12a         Where you see a five relative to four well thought of! (2,6)
{ IN FAVOUR } A (from the clue) and the Roman numeral for five are to be found inside four (from the clue). The answer tells you where to find this happening.

15a         Smart little boy’s menu option? (7)
{ CHICKEN } The French for smart or fashionable, followed by a short form of a boy’s name, giving something meaty found on a menu.

19a         Discloses writers brought in by university press (5,2)
{ OPENS UP } Writers, or what they wrote with before the days of typewriters, inside the initials of a major university publishing house. 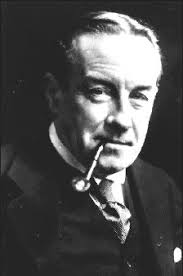 24a         Member of the elite class strictly adhering to regulations (8)
{ LEGALIST } A member or limb, followed by what the tabloid press might call the top celebrities.

27a         Having trouble as traveller occupying vehicle towed by tractor? (2,3,4)
{ IN THE CART } This rather elderly expression for being in trouble derives from the sort of agricultural vehicle (probably towed by horses rather than a tractor) which a criminal on the way to public execution might find himself in.

29a         Irish singer always coming back to entertain any number (4)
{ ENYA } The algebraic expression for a given number placed inside the reversal (coming back) of a poetic word for always.
ARVE Error: need id and provider 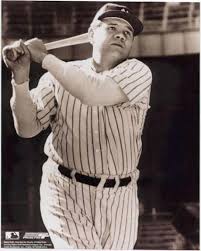 2d           Concerning East Anglian feature, this writer has to be rude (9)
{ OFFENSIVE } Put together a word for concerning (think of the title of the Steinbeck novel), a flat, peaty area in Norfolk, and how the setter might say ‘this writer has’.

5d           Danced in item of clothing provocatively coloured? (7)
{ CAPERED } A variety of cloak followed by the colour traditionally held to be provocative to bulls. 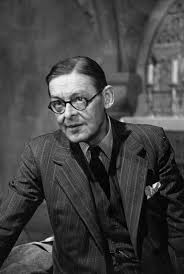 8d           Dominant, ruling part of Yorkshire once (10)
{ OVERRIDING } Split (4,6) this would describe someone placed in charge of one of the three traditional divisions of Yorkshire.

14d         Associate comic with place that’s funny (10)
{ ACCOMPLICE } Anagram (that’s funny) of COMIC and PLACE. The typo in both the printed and online versions of the clue does not appear to have been deliberate.

16d         King established calm in part of Lincolnshire once (8)
{ KESTEVEN } Put together the chess symbol for a king, an abbreviation for established, and a word meaning calm or level.

18d         County’s side in an undesirable financial situation (9)
{ DOWNSWING } A county in Northern Ireland, plus the ‘s from the clue, followed by a side or edge.

25d         The first woman to occupy a position in the French bank (5)
{ LEVEE } Put the first woman in the Bible inside a French definite article.