Good morning from South Staffs on a dry but overcast morning.

It may be that I’m tired after a long trip into Wales for a family funeral, but I found today’s Giovanni hard going, with several obscure words, an unusual variant spelling, and one word which was completely new to me, although the clues, as usual, were entirely fair.

1a           Writer, mostly haughty when seen on street (6)
{ PROUST } This is the French author who dipped a Madeleine in his tisane, and wrote 7 volumes about the memories this brought back. Remove the final letter (mostly) from a word meaning haughty or stuck-up, and add the abbreviation for street.
ARVE Error: need id and provider

4a           Ghosts — sort primarily associated with hell? (6)
{ SHADES } The first letter (primarily) of Sort followed by the ancient Greek underworld.

8a           Leader holds river game in much bigger water area (8)
{ BOSPORUS } A well-known Italian river and the initials of a fifteen-a-side game inside a leader or manager, giving the water area dividing Europe from Asia. I’m more used to seeing this with an h in the middle. 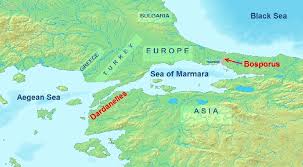 13a         Row about divine female and theologian immersed in drink — it’s nonsense! (6-6)
{ FIDDLE-FADDLE } A row or line of soldiers wrapped around a doctor of divinity, followed by Female, and then another doctor of divinity inside an alcoholic drink.

16a         Little devil in charge of one small building deprived of necessities? (12)
{ IMPOVERISHED } Put together a small, annoying devil, a word meaning ‘in charge of’, the Roman numeral for one, and a small building often found in a garden.

20a         Hesitation about loud rude men spoiling democratic procedure (10)
{ REFERENDUM } Reverse (about) a small word signifying a hesitation, then add the musical symbol for loud and an anagram (spoiling) of RUDE MEN. 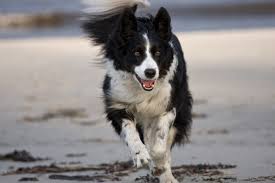 1d           Broadcast favouring assertion (8)
{ PROCLAIM } A prefix meaning ‘in favour of’ followed by an assertion or demand. 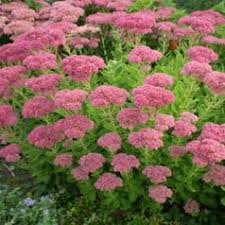 3d           The prose mostly inappropriate? Bit of poetry called for (7)
{ STROPHE } Anagram (inappropriate) of THE and PROS(e), giving another term for stanza, but originally a term for part of the song sung by the chorus in a Greek play.

9d           Peaceful army overcoming vandals, nasty men in capital city (3,8)
{ SAN SALVADOR } The initials of a religious army noted for charitable work and brass bands, followed by an anagram (nasty) of VANDALS and the abbreviation denoting soldiers who are not officers, giving the capital of a Central American country.

15d         Edmund’s put away inside to be spruced up (8)
{ NEATENED } A word describing, for example, a meal which has been put away by the diner, inside a diminutive form of Edmund. ‘Edmund’s’ should be read as ‘Edmund has’.

17d         Excuse of an era preceding electronic messages? (7)
{ PRETEXT } This variety of excuse could also describe the time before SMS messages.

19d         Engineers leading rebellion get back (6)
{ RECOUP } The initials of a regiment of engineers, followed by a rebellion, usually the sort led by the military.