Defn: … made from herbs, and now banned in many countries because of its toxicity.

{SUPERGLUE} : Cryptic defn: A material that sets;fixes firmly – and it does an excellent job, hence its name.

{CACHE} : [symbol for a quantity of constant value, especially in the sciences] + [a pain that’s sustained – one might even say, constant].

{WHIPPET} : [to flog with an instrument of torture, or pleasure to some] + [an example of which is your house cat, or dog].

{HALLOWED} : The1st letter of(head of) “house ” + [gave consent for something to be done or happen].

{CONFETTI} : Cryptic defn: Bits of coloured paper thrown, traditionally after a match in, say, church, but nowadays before a match in a stadium too. 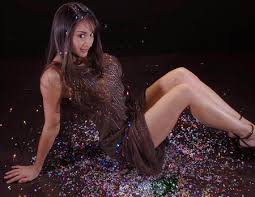 20a    An instrument of returning bureaucratisation (5)

The instrument, the master and his daughter:

23a    Weapon made of explosive containing free energy (7)

{TRIDENT} : [a high explosive named after the abbrev. for its constituent compound] containing(containing) { [to free of] + [symbol for “energy” in physics] }.

Defn: … from ancient or modern times.

{GRANITE} : Anagram of(… badly) “Reacting ” minus the last letter of(with no end of) “volcanic “.

{ALONGSIDE} : Anagram of(order) ONE IS GLAD.

28a    Critical assessment of a match by police department (4,4)

{ACID TEST} : A + { [an international match, say, in cricket or rugby] placed after(by, in an across clue) [abbrev. for a police department comprising detectives] }.

{STALLS} : [abbrev. for a steamship] containing(with cargo of;carrying inside) [unlikely, descriptive of some tales or stories].

{CASEWORK} : [job activity] placed below(held down by, in a down clue) [a suit heard in a court of law].

{REPRINT} : [to lease out, eg. a property] containing(incorporating) 3 out of 6 letters of(half of) “prices “.

3d    Impervious, getting rap on knuckles after Grand Prix? (9)

{FIREPROOF} : [a rap on the knuckles;a reprimand] placed below(after, in a down clue) [abbrev. for Grand Prix racing with the likes of Hamilton and Alonso, substituting the Roman numeral for the 2nd character].

{BEEF WELLINGTON} : [to carp;to complain] + [the capital city of a Pacific nation].

{TACTILE} : [diplomacy;discreetness] + { [French for “the”] placed below(will chase;come after, in a down clue) [abbrev. for “independent” – “independence” too?].

Defn: Having the sense of touch.

Defn: … with soft soles, the term sometimes qualified by “brothel”. 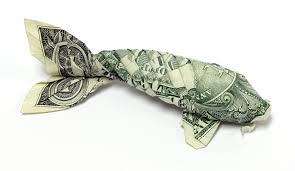 Insignificant (pieces of clothing)?  Yes and no:

{STRATA} : Reversal of(… rising, in a down clue) [a pastry shell, topless with any of various fillings] contained in(wrapped in) the 1st and last letters of(case of) “soya “.

{EVENT} : [abbrev. for “European”] placed above(squashing;pressing on, in a down clue) [an opening, usually to let gases out].