A pleasing and easy puzzle, 1-1.5*/3* for difficulty/enjoyment. Thanks Jay.

{CHANDLER} : [abbrev. for “caught” in cricket scores] plus(with) [a dog trainer;the one in control of the dog].

Defn: … in a specific trade or merchandise, eg. ships’ stores.

And here’s another hint:  remember him?:

10a    Rolling Stone touring state is an unconventional type (8)

{MAVERICK} : [forename of the Rolling Stones frontman] containing(touring) [to state;to declare as true]. 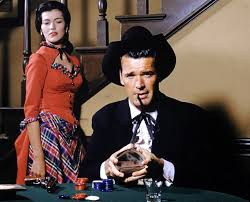 {SUBWAY} : Cryptic defn: Where the road level is always above you.

{BELONG} : [marathon, as an adjective, eg. a marathon tennis match] placed after(on, in an across clue) [to live;to exist, as Hamlet once queried whether to or not].

{BORDERED} : [told;instructed] placed after(to follow, in an across clue) [abbrev. for “bishop” in chess notation].

And the given edge need not be at the hem, in case you haven’t (undoubtedly) noticed.

{TUSCAN} : [abbrev. for “trade union”] + [to survey;to observe repeatedly and sweepingly, as in “to survey the room as you walk in”.

Defn: … from the region in central Italy.

{STRAIN} : [a mark that’s left, say, after a spill] containing(found around) the last letter of(rear of) “water “.

{FORMERLY} : [a class;a level in school] + [in good time;before the designated time] minus(with no) [abbrev. for “answer”].

{CUT THE MUSTARD} : Anagram of(… planning) MUCH TRUSTED AT.

{ALL-ROUND} : [that which is made up of 18 holes of golf] placed after(following) { A + twice(couple of) [plate exhibited by a learner driver] }.

{STEADY} : Double defn: 1st: A frequent and regular date;not quite a fiancée yet; and 2nd: To support so as to prevent movement.

{HEDGE} : [the letter represented by “hotel” in the phonetic alphabet] plus(has) [a slight advantage over someone or something].

{DERRINGER} : [making a mistake;straying from the straight and narrow] contained in(in) [German for “the”].

Defn: … that is small enough to be concealed in a pocket or up a sleeve, named after its inventor, misspelled.

{CRANKED} : [an eccentric or peculiar person, especially one who stubbornly maintains unusual views] + [abbrev. for the boss in a newspaper office].

Defn: … in a zig-zagging manner;twisted.

7d    Disadvantages of including defender in ties (9)

{EYEBALL} : Double defn: 1st: To look at directly; and 2nd: Where the pupil is, in your anatomy. 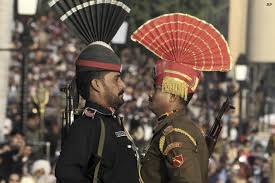 Did someone say travel?: 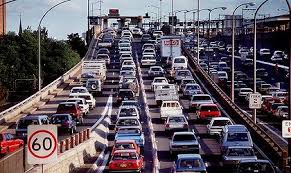 {OPTICAL} : [an apparatus that dispenses a measured amount of drink] plus(needing) A + [abbrev. for “line”].

Defn: Pertaining to the sense of sight.

Here’s a drink dispenser … and a couple more … and another half a dozen more:

{DEFAMED} : [abbrev. for a degree the theologian might have] containing(hugging) { [abbrev. for “European”] + [celebrity;public eminence] }.

{NEHRU} : Anagram of(… in revolution) “Ben Hur ” minus its first letter(executed;beheaded).