Hola from the Vega Baja. I’m doing the blog today because archy has gone into a bit of a sulk. The alley cat has forsaken him and went solo yesterday so he’s refusing to jump on the keyboard. Other news is that it was the warmest April in Alicante since 1878.   I don’t suppose that these events are in any way connected but . . . ?

On to the puzzle. I’ve not blogged many Fridays (only one I think) but it seemed pretty standard fare from the Don. A bit tricky in places but nothing to really frighten the horses. Some of the clues are much more difficult to hint than they were to solve but I’ll be interested to see what you make of them.

As usual the ones I like most are in blue and the definitions are underlined in the clues.

1a           Joker Georgia makes two appearances in town down under (5,5)
{WAGGA WAGGA} – This is a town in Australia which you’ve either heard of or you haven’t. You need a word for a joker or comedian (3) and the abbreviation for the state of Georgia and then repeat it – honest that’s the place! 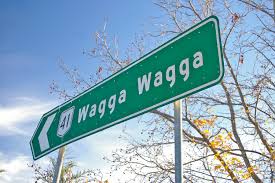 9a           In county one has nasty lout leading delegation (10)
{DEVOLUTION} – This is not easy to explain although fairly easy to solve. Start in the middle of the clue with the I (one). Leading it we have an anagram (nasty) of LOUT. Insert all this into (in) a county in the south west of England. Hope that made sense

12a         Little fellow is about to meet politician — hour for engagement (6)
{SHRIMP} – Reverse (about) IS and add a politician and then insert (for engagement) an abbreviation for hour.

13a         Reject that could give indication of worth (5,3)
{THROW OUT} – It’s one of those reverse clues that seem to be getting more popular. The answer is a clue that would lead to WORTH. I really dislike this sort of clue but I guess I’ll have to learn to live with them.

15a         Irritating folk play modern music for Spooner — a hindrance to creative work (7,5)
{WRITERS BLOCK} – What might hinder an author. I know I’m getting to be a grumpy old man but I dislike Spooner clues more than the reverse anagrams in the previous clue so I’ve just docked an enjoyment star.

21a         Advice to person with bad bruise is temporarily withheld (3,2,3)
{PUT ON ICE} – Double definition. What do you do to treat a bruise? Bags of frozen peas are supposed to be good. 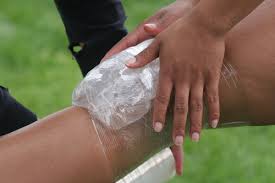 24a         Revolting row (4)
{RANK} – Double definition. Not easy to hint. I could give you a different clue but at the end of the day what you need is a word that can mean revolting (nasty, not in rebellion) or row (nothing to do with boats or noise)

2d           Control Tory minister has got over our navy (6)
{GOVERN} – Secretary of State for Education followed by the Royal Navy. 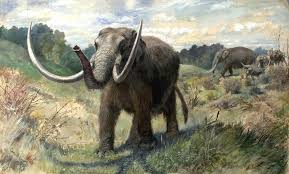 8d           Mushroom mum and I swallow around lunchtime? (8)
{SHIITAKE} – Mum as in quiet, I (from the clue) and a word which can mean swallow (a pill perhaps) and then insert (around) another I for 1pm (lunchtime?) In Spain lunchtime is around 2 to 3pm so this clue don’t work for me!

14d         Doing things to keep off drink, artist appealing to others (10)
{ATTRACTIVE} – Start with a word for doing things as in not idle and insert (to keep) the usual abbreviations for someone off the booze and an artist.

16d         Quiet agent a Communist tooled up for assignment? (8)
{PREPARED} – Quiet in musical terms, agent as in salesman, A from the clue and then the usual communist. 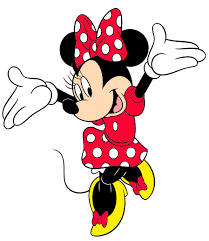 20d         Fish that’s hairy and ridiculous-looking? (6)
{MULLET} – This is a hairstyle that, according to the BRB, is “short at the front, long at the back and ridiculous all round”. BTW, it’s also a fish. If you don’t believe me look in the BRB! 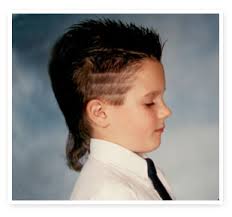 I think the hairstyle (20d) has to be my favourite (clue, not the hairstyle) but not a lot else to write home about.  What do you guys think?