A relaxing puzzle from Jay, except for perhaps one 4-letter answer I’m uncertain about. 1.5*/3* for me. Thanks Jay. (Apologies for later posting – just got back after 5 hours in the eye clinic.)

1a Take power from a captain and cite changes (12)

Defn: … measured with a time dimension.

10a Writing in favour of someone with no heart (5)

{PROSE} : [in favour of;supporting, say, an idea] + “someone ” minus all its inner letters(with no heart).

11a Running through call after work (6)

{GORING} : [to call on the phone] placed after(after, in an across clue) [to work;to function].

Defn: … with something pointed.

{COLD FEET} : [chemical symbol for the element, carbon] + [dated;of the past] + [measures of distance in the Imperial system].

18a Science of planting tea, you might say, in part of a garden (8)

19a Rotten scandal at university on the way back (6)

{PUTRID} : Reversal of(on the way back) { [scandal;that which is dug up concerning someone or something] + [at university;participating in university activities, as opposed to being sent down] }.

{SAMBA} : [abbrevs. respectively for “South” and “American”] + [abbrev. for a post-graduate degree in business management]. 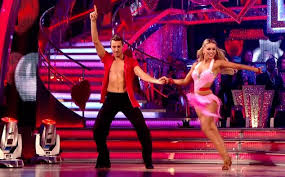 28a Upset in dance venue, joining swimming centre with daughter (12)

{CIGAR} : [abbrev. for the group of islands between England and France] + reversal of(… up, in a down clue) [a derogatory term for a tabloid newspaper].

3d A note in support of strong ruler (9)

{POTENTATE} : { A + [syllable for the seventh note of a musical scale, aka “si”] placed below(in support of, in a down clue) [strong;powerful].

4d Lined up for audition, given a reminder (4)

Answer: … or it could refer to what they’re holding. Advice if you’re matched against them: Keep your eye on the ball. 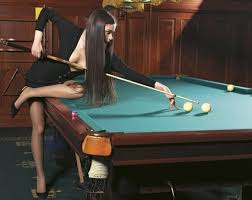 5d Show the other side’s revenue from sales (8)

{TEPID} : Reversal of(All-round, in a down clue) DIET containing(includes) the 1st letter of(source of) “protein “. 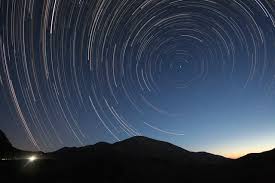 {SETTLE} : Double defn: 1st: Eg. as children in class have to do before lessons begin.

14d Applauds a demand in case of cabbies (8)

Defn: …, as a vehicle on a wet motorway might do.

17d A nameless sentimentalist with a bouquet (8)

{AROMATIC} : A + [a sentimentalist, one who might give you flowers, a candlelit dinner and music] minus(-less) [abbrev. for “name”].

Defn: Or smelling like a bouquet of fragrant flowers.

20d Go down and change scene within two days (7)

{SWAMI} : [abbrev. for that part of England in which Cornwall is situated] plus(with) [“friend” in French;from Paris].

And what would a teacher be without a laptop?

{CREST} : [abbrev. for “circa”;about in relation to dates and time periods] + [relaxation;break from activity].

Defn: I think it is “what is;an aspect;an appearance”. Or it could be “what is central to demeanour;character affecting behaviour towards others”. A further complication is that the answer is synonymous with “demeanour”. Perhaps I’ve got it all wrong.