Good morning from South Staffs where  the sun is breaking through the early morning mist.

For me, today’s Giovanni was at the easier end of the spectrum, only just into ** difficulty, but others may take a different view.

1a           Journalists urge policemen to admit error finally (5,5)
{ PRESS CORPS } A word for ‘urge’ followed by an informal term for the police with the final letter of error inside it.

9a           Animal trapped by gamekeeper at eleven (5)
{ RATEL } An African or Indian animal related to the wolverine is hidden in the clue. 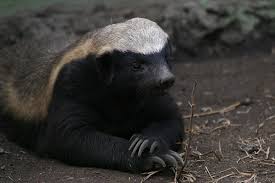 10a         No longer badly off, having accepted position, one explains (9)
{ EXPOSITOR } A prefix for ‘no longer’ and an adjective meaning badly off, with a word for position or locate inside it.

14a         Dad going to port in South Africa or city in America? (8)
{ PASADENA } A Californian city made up of an informal term for Dad, followed by a port by the eastern approach to the Red Sea inside an abbreviation for South Africa.


15a         Wicked and loveless soul keeping home with female (6)
{ SINFUL } Remove the letter that looks like a love score at tennis from SOUL, and replace it with an expression for ‘at home’  and Female.

17a         A maiden showed signs of injury and proceeded slowly (6)
{ AMBLED } A (from the clue) and the abbreviation for a maiden over at cricket, followed by what you did when you cut yourself.

19a         Verbal attack from little woman leading a group of families (8)
{ DIATRIBE } A shortened version of a woman’s name followed by A (from the clue) and a grouping of people on family lines.

21a         In need, I creep about, cross inside, lacking the wherewithal to cope? (13)
{ INEXPERIENCED } Anagram (about) of IN NEED I CREEP with a cross-shaped letter inside it.

26a         Heartless communications offering negative messages (4)
{ NOES } Remove the middle letter (heartless) from some brief written communications, to get the opposite of the ‘Ayes’.

27a         Bomb in church, subsequently exploding in yard (10)
{ INCENDIARY } Put together  IN (from the clue), an abbreviation for the Church of England, and an anagram (exploding) of IN YARD.

1d           Meat and drink mostly served to king (4)
{ PORK } Remove the final letter from a fortified wine from the Iberian peninsula, and add the chess notation for a king.

2d           Tempts one part of the hospital with sweet foods (7)
{ ENTICES } The usual hospital department followed by some cold sweet foods. 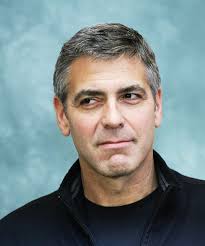 5d           Mirror? It may be hung on the wall (5)
{ PAPER } Double definition: a publication of which the (Daily) Mirror is an example; or a decorative covering applied to the wall of a room.

8d           Landing in another world, look around wicked city (10)
{ MARSEILLES } One of the planets of the Solar System, wrapped around a verb meaning look, which is itself  wrapped around a word for wicked, to get the English spelling of a French seaport. 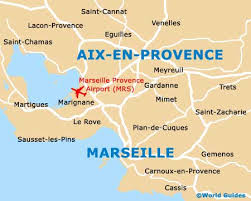 13d         Appearance of one in a quiet role, one getting on (10)
{ APPARITION } Put together A (from the clue), the musical symbol for quiet, and a stage role with the Roman numeral for one inside it, then add another Roman one and ON (from the clue).

16d         Person in charge of pub has insects — any number, look! (8)
{ LICENSEE } The sort of insects one doesn’t want about one’s person, followed by the algebraic symbol for any number, and an instruction to look. 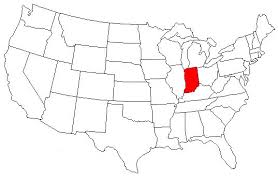 
23d         Disobey successive notes before ending with company (4)
{ DEFY } Three notes of the scale followed by the last letter of companY.