Good morning from South Staffs, where it’s brightening up after a wet and windy start to the day.

A relatively gentle puzzle from Giovanni this morning, comfortably in ** territory for me, but with the Don’s usual trademark less common words and a religious reference.

In the hints below, the definitions are underlined. Reference to ‘the usual’ are to the Usual Suspects page.

1a           Slander a hundred old students at start of event (10)
{ CALUMNIATE } Put together the Roman numeral for 100, a word for former students of a college, AT (from the clue) and the first letter of Event.

10a         Nymph shown in tedious commercial (5)
{ DRYAD } Another word for tedious or boring, followed by a short word for a commercial, producing a wood-nymph.

11a         Place controlled by editor laid waste (9)
{ PLUNDERED } An abbreviation for place followed by a preposition meaning controlled by or subject to, and an abbreviated editor.

12a         One with difficult tasks needing the woman’s clues worked out (8)
{ HERCULES } … there were 12 of them, classically. The pronoun for ‘the woman’s’ followed by an anagram (worked out) of CLUES. 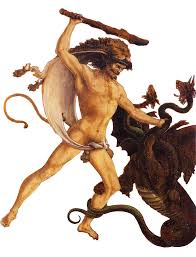 17a         First hint of 20 and northern river offers minimal flow (7)
{ DRIBBLE } The first letter of the answer to 20d and one of two Yorkshire and  Lancashire rivers of that name.

21a         Special utterances of fellow, mostly rubbish (7)
{ MANTRAS } A fellow or chap, followed by a word for rubbish with the final H removed (mostly).

28a         Bird crossing river in horde (5)
{ DROVE } River inside a bird which is a traditional symbol of peace. The answer is more commonly used of cattle, but the BRB applies it to a horde of people as well.

30a         Reportedly stuff in office cupboard’s gathering dust maybe (10)
{ STATIONARY } This sounds like the paper and envelopes that might be in the office cupboard, but is actually something which is not moving.

2d           Church assistant and boss seen round outskirts of Scottish town (3,6)
{ LAY READER } A boss wrapped around a town on the west coast of Scotland.

3d           This person needs medical practitioner — something drunk (5)
{ MEDOC } A pronoun for ‘this person’ followed by an abbreviation for a medic, giving a variety of claret. 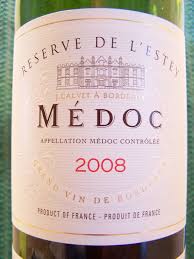 4d           Spikes drink to be imbibed by troublemakers (7)
{ IMPALES } The definition is a verb. Put a variety of beer inside some little devils.

14d         Approach when beset by something that makes one sick? Showing understanding (10)
{ EMPATHETIC } A drug which causes vomiting wrapped around an approach or route.

20d         Beginning of December, unpleasant time — not what you expect then? (7)
{ DROUGHT } … and certainly not what we got last December! Put together the first letter of December, a word for unpleasant, and Time.

21d         Destroying this creature could be rum task (7)
{ MUSKRAT } A reverse anagram. If you make an anagram (destroying) of the answer, you could get RUM TASK. 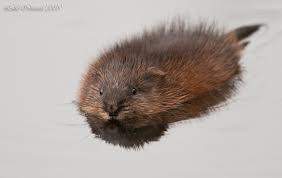 23d         Famous film director’s providing orchestral instruments (5)
{ REEDS } Instrument in the woodwind section of an orchestra, or the name of the director of The Third Man and Oliver! (plus the ‘s from the clue).