Good morning from South Staffs where the water is about to be turned off while the water company connects up the new pipes it has been laying in our road for the last fortnight.

After last week’s Giovanni puzzle, which divided opinion between those who found it very easy, and those who didn’t, I think that this week we are back to the more normal level of Friday challenge, and *** difficulty for me.

1a           I have dessert with dram being brought round plane (4-6)
{ DIVE BOMBER } A shortened form of ‘I have’ and a type of dessert, inside the abbreviation for dram, giving a sort of warplane. 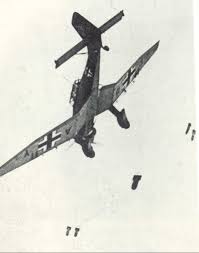 6a           A hundred in English house? It makes for increased sound (4)
{ ECHO } English and an abbreviation for house with the Roman numeral for 100 between them.

10a         A sign of something missing? Trouble with that hat going astray (5)
{ CARET } Another word for trouble, followed by T (that without hat), giving a proofreader’s mark.

12a         Maiden starts song, having caught the French disease (7)
{ MALARIA } The abbreviation for Maiden on a cricket scorecard followed by an operatic solo with a version of the French definite article inside it.

13a         Like a cloud far away or close — farm animal briefly takes shelter (7)
{ NEBULAR } This describes a cloud seen by astronomers. A farm animal with the final L missing (briefly) inside a word for close at hand.

14a         Deigned to provide account of last bit of prisoner’s escape over wall (12)
{ CONDESCENDED } Split (3,9) this could describe what happened after the usual prisoner got to the top of the wall.

18a         Moving faster, manoeuvring around edge of town, runs into gang (12)
{ TRANSFERRING } An anagram (manoeuvring) of FASTER wrapped around the last letter of town, followed by the cricketing abbreviation for runs, and another word for gang.

25a         Giant-killer is dead keen (5)
{ DAVID } The giant was called Goliath. An abbreviation for Dead followed by a word for keen or enthusiastic. 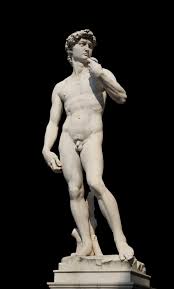 27a         River shifting at speed well below the surface (4-6)
{ DEEP-SEATED } One of several rivers of that name followed by an anagram (shifting) of AT SPEED.

1d           Run off, making departure across river (6)
{ DECAMP } An East Anglian river with an abbreviation for ‘departed’  wrapped around it.

2d           Potent anger with one very upset at the outset (6)
{ VIRILE } Put together the Roman numeral for one and an abbreviation for Very, reverse them (upset), then add a verb meaning to anger or annoy.

4d           Grieve for the loss of composer reportedly in ruin (9)
{ MISHANDLE } This sounds like (reportedly) someone saying that they grieve for or regret the absence of the composer of Messiah.
ARVE Error: need id and provider

7d           Cleaner is cautious when boy interrupts (8)
{ CHARLADY } A slightly archaic word for cautious with another word for boy inside it.

15d         Fight obsequious humbug, did you say? Refuse to go there (9)
{ SCRAPHEAP } ‘Refuse’ in this case means ‘rubbish’. A word for a fight, followed by a homophone (did you say?) of a very ‘umble character from David Copperfield.

16d         Someone saintly and correct penning article that’s plainly expressed (8)
{ STRAIGHT } An abbreviation for a saint, followed by a word for correct with an indefinite article inside it.

19d         Dog must go to its doctor on account of horsy leap (6)
{ CURVET } A disparaging word for a dog followed by an animal doctor, giving a dressage manoeuvre. 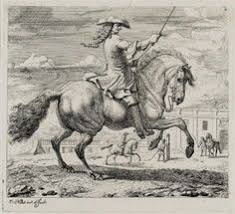 22d         Irritation shown by Queen when food is brought round (5)
{ PIQUE } An abbreviation for Queen inside a variety of food.

Now I’m off to contact the insurance company after a very large Polish lorry knocked our front wall down last night while trying to squeeze past the road works – though what a 40-ton truck was doing down a road with a 7 ton weight limit is anyone’s guess.