1a    Running through case of race trial imprisoning son (10)

{INSIPID} : [popular;fashionable] + [to drink slowly and bit by bit] plus(with) “kids” minus its 1st and last letters(unconfined).

{CURRIES FAVOUR} : [seasoning;a substance added to give a specific taste to food] minus last letter of(with no end of) “dill” placed after(given to, in an across clue) [hot Indian dishes].

Defn: … that, normally, isn’t covered by your insurers.

15a    Best have some food after three consecutive notes (6)

{DEFEAT} : [to have some food] placed after(after) [3 consecutive notes on the diatonic musical scale].

{DAMASK} : [to request] placed after(by, in an across clue) [a mother;female parent, usually of a four-legged animal]. 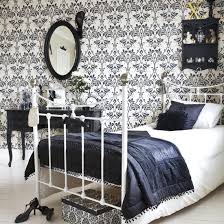 {PERFUMED} : Reversal of( ) [short for a sales agent, especially one who travels] plus(and) [saw red, as depicted in cartoons by smoke emitting from the ears].

Here are a couple of sales agents:

{DISTINGUISHED} : Anagram of(criminal) IN DIGS DUE THIS.

{VIETNAM} : [a Sicilian volcano ], instead of(The other way round) containing(full of), contained in, [energy;vigour]. Note the inverse instruction.

26a    Most unusual mistake coming back across area (4)

{RARE} : Reversal of(coming back) [to make a mistake] containing(across) [abbrev. for “area”].

27a    Clear about covering except missing ten, and a container (10)

Answer: With an acute accent.

2d    Broadcast axed in support of hotel pageboy, for example (7)

{HAIRCUT} : { [to broadcast over the radio or TV] + [axed;chopped] } placed below(in support of, in a down clue) [letter represented by “hotel” in the phonetic alphabet].

Answer: … an example of which is the pageboy.  For him and her: 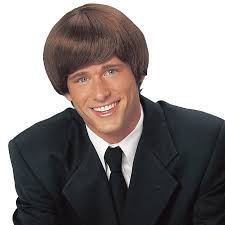 Defn: Only to some extent.

{SKY PILOT} : [heave;the source of divine power] plus(with) [short for being falsely holy;sanctimonious] + [a crowd;a collection of people or things].

Answer: Slang for a clergyman, especially a chaplain in the military.

Defn: … but not in the starting line-up.

{STATE-OF-THE-ART} : [a nation, or sometimes part of one] placed above(on, in a down clue) anagram of(revolutionary) THREAT OF.

{HANDED OVER} : [a script;one’s personal style of writing] placed above(on,in a down clue) [abbrev. for “English”] + [a port on the English south coast].

{MEDICATE} : [abbrev. for “cold”] contained in(going in) [to liaise;to be the middleman].

18d    Therapist is sorry for turning up under reduced service (7)

{MASSEUR} : Reversal of(turning up, in a down clue) [is sorry for;regrets] placed below(under, in down clue) [a Christian church service] minus its last letter(reduced).

Therapy? …and perhaps a touch of torture:

{GIMME} : Hidden in(acccepting) “Begging? I’m merely”. A WIWD(wordplay intertwined with defn.) clue, as the answer can be taken as one begging.