Good morning from South Staffs on a grey January morning, with a little watery sunshine struggling to break through the clouds.

29a held me up, and was last one in, but just within ** time. Thanks to Giovanni for an interesting challenge.

5a           Poet in hospital, wise person left abandoned (6)
{ HORACE } An ancient Roman poet is made up of Hospital, followed by a wise person or prophet with the L removed. 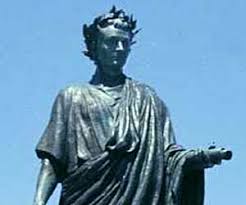 11a         A criminal catching disease — it comes with having money (9)
{ AFFLUENCE } A from the clue followed by a receiver of stolen goods with a common winter ailment inside.

13a         Speak at length, offering tattle about the Queen, nothing extra (8)
{ PERORATE } A verb for tattle wrapped around the Queen’s regnal cipher and the letter that looks like zero. 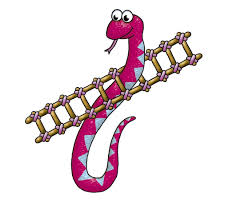 17a         One with doctorate admitting university is a failure (3)
{ DUD } The letters after the name of a reverend doctor, with University inside.

20a         Everyone seemingly bogged down, ruined (6)
{ FALLEN } A word for everyone inside a boggy bit of country, especially in East Anglia.

29a         Power to act for part of academic institution (7)
{ FACULTY } Double definition: a legal or physical power; and a subdivision of a university – Arts or Science, for example.

2d           For this restaurant you need vehicle — absolutely! (7)
{ CARVERY } A type of motor vehicle followed by an adverb meaning absolutely or extremely, giving a type of restaurant specialising in roast meats, often on a cut and come again basis.

4d           Material to consume — and rise after consumption! (6)
{ REPEAT } A sort of fabric followed by a verb for consume, giving the result of eating cucumber or radishes, perhaps.

5d           Island’s little house with female singer belting number (8)
{ HONOLULU } An abbreviation for house, and a Scottish singer who rose to prominence in the 1960s, either side of an abbreviation for number, giving an island in the Pacific (or a city on an island of a different name, according to Wiki). 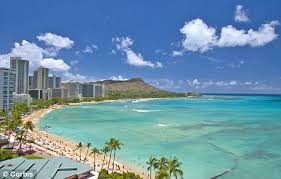 16d         Bank fixes this — a rebate’s organised (4,4)
{ BASE RATE } Anagram (organised) of A REBATE’S. The initial capitalisation conceals the fact that the reference is to the Bank (of England).

21d         Literary work in cipher about to be hacked (3)
{ ODE } Remove the Latin abbreviation for about or approximately from a word for cipher, to get a literary work which may have been written by 5a.

25d         Something at back of boat gets fish spinning about (6)
{ RUDDER } A variety of fresh-water fish, followed by the reversal (spinning) of a Latin word meaning about or concerning.

And well done to the New Zealand croquet team, who beat England 13 – 7 this week, to claim the MacRobertson Shield for the first time since 1986.