Good morning from South Staffs on an overcast morning with perhaps a touch of frost.

I found myself a little more on Giovanni’s wavelength today, hence the ** difficulty, though I shall be interested to see what others make of it.

9a           Conservative politician holding a party (4)
{ CAMP } The abbreviation for Conservative, and the usual politician, either side of A (from the clue).

10a         Notice opening made by one holy person who looks for golden age? (9)
{ ADVENTIST } A charade of a shortened form of commercial notice, an opening, the Roman numeral for one, and an abbreviation for a holy person.  The golden age is to come after the Second Coming.


20a         Article penned by performer at end of month as a dissenter (10)
{ SEPARATIST } Start with a shortened month name, then add a performer with an indefinite article inside.

23a         Controversial writer exposes European dimness (8)
{ POLEMIST } A person from an Eastern European country, followed by dimness or haze.

28a         Hard bargaining that is part of stable business? (5-7)
{ HORSE-TRADING } Double definition, the first being a metaphorical application of the second.

8d           Jazz fan leading dance in China long ago (6)
{ CATHAY } A somewhat dated word for a jazz fan and an old country dance, giving an old name for China, or part of the name of a modern airline. 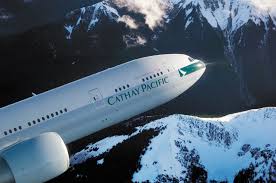 11d         First words from pen aid scheme being hatched (6,6)
{ MAIDEN SPEECH } Anagram (being hatched) of PEN AID SCHEME, giving the first words of a new MP or peer in Parliament. 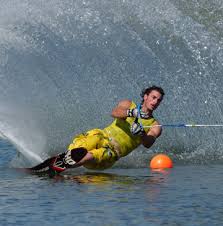 17d         Desperate fellow drinking beers, male who may live in Yorkshire? (8)
{ DALESMAN } A fictional eater of cow pie with another word for beers and Male inside.

19d         Like a great show with everyone under the sun? The opposite maybe (3-4)
{ ALL-STAR } A word for everyone followed by what they might be under at the opposite end of the day from when they are under the sun.

21d         Design home to have number, then fifty times as many (6)
{ INTEND } The definition is a verb. Take a two-letter word for ‘at home’, add a number (spelt out as a word), then a Roman numeral for a number fifty times bigger than the first one.

22d         Spike is devilish type when given drink (6)
{ IMPALE } Again the definition is a verb. A small devil is followed by an alcoholic drink.

In further news from the home of the 2Kiwis, the England croquet team followed up its beating of Australia with an 18 – 3 win over USA, to set up a decider with the equally unbeaten New Zealand team, starting on Saturday.