Feliz Navidad from the Vega Baja where it’s a bright and sunny morning but a bit chilly. I hope you have all enjoyed the festivities, have survived the appalling weather, and have recovered from it all a bit faster than I seem to have managed (my powers of recovery are not what they used to be!).  Maybe it’s the after-effects of some excessive Christmas cheer that’s slowed me down but this one seemed to me to be a little bit tricky in places, so *** it is.  You lot will probably all make comments that it’s only about a 1* (just to make me feel bad) but it will all roll off my back like a duck!

BTW, tomorrow morning  will be exactly one year since I last had a drag on a cigarette.  I don’t miss them at all – well not muchly, ish, well OK, maybe a bit, sometimes, or often, but I reckon I’ve saved about €2500, the cough seems to have gone away and I don’t have to sit outside the bar any more,  so we’ll just have to see how the next 12 months work out!

As usual the clues I liked most are in blue.

1a    Dance with energy and desire (4)
{HOPE} – A nice simple one to start. An informal word for a dance (3) followed by E(nergy).  Did any of you ever use this word for a dance? Only ever comes up in crosswords as far as I can see.

3 a     Government department’s feature that may suit self‑employed writer? (4,6)
{HOME OFFICE} – Double definition.  The second one could apply to anyone who works for himself and needs a desk and a filing cabinet. 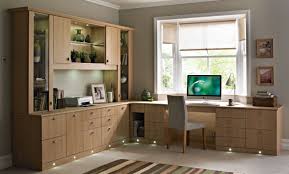 10a    Copper about to join worker in African country? That’s risky (5-3-2)
{TOUCH AND GO} – First you need the chemical symbol for copper and reverse it (about) and follow (to join) with one of crosswordland’s workers (not the ant this time!). Insert all that into an African country and split the result (5-3-2).  Complicated or what?

11a    Saint and sailors wearing fuzz (7)
{BERNARD} – Fuzz as in what grows on my chin when I forget to have a shave!  Insert the abbreviation for our Senior Service (sailors) and you get a saint (or a sainted dog!). 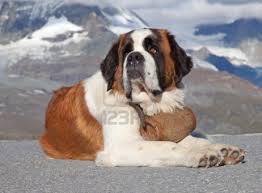 18a    Financial executive given wave by politician in bed (11)
{COMPTROLLER} – Start with a child’s bed, insert a politician and follow with a wave – think sea not a gesture!

21a    Someone to emulate  for instance (7)
{EXAMPLE} – Double definition. Can’t think of much else to say about this one.

22a    Sympathy and money needed by Heather (7)
{FEELING} – Some money that you might have to pay followed by the usual heather which has been falsely capitalised in the clue.

24a    A lass hasn’t left — is seen around port (4)
{RIGA} – Take A (from the clue) and another word for a young lass and remove the L from the end (hasn’t L(eft)).  Then reverse the lot (is seen around) and you get a seaport and the capital of Latvia.

26a    Remain idle (4)
{REST} – Not sure about this but I think it’s another not very cryptic definition.  Otherwise it’s a double definition where both parts are verbs.

1d    Sufferer from lumbago may restrain from action (4,4)
{HOLD BACK} – Something a lumbago sufferer may do is also a phrase meaning to restrain someone from doing something. 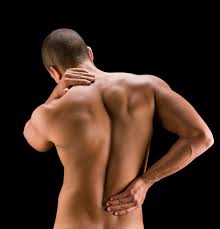 2d    Father’s friend has caged a bird (8)
{PATERNAL} – Take one of the usual friends and insert (has caged) the A from the clue and a small seabird.  I thought the definition was quite well concealed.  I spent a while trying to put PAS at the start, then a friend with an A inserted to give some sort of obscure bird!

6d    Quartet outside small room full of zest? (11)
{FLAVOURSOME} – Place a group of four people around an abbreviation for the smallest room in the house.  I had the O as a checker in this so wasted some time trying to do something with LOO for the small room, d’oh!

7d   Trendy action for sure (6)
{INDEED} – The usual word for trendy or popular followed by an action.

15d    Able to take part, not having lost heart (9)
{COMPETENT} – A word for to take part, in a sporting event maybe, followed by NT (N(o)T having lost heart).  Couldn’t parse this at all until I realised I’d put an A for the 7th letter, d’oh!  Told you I was a bit Duntish!  (Meaning of Liff – DUNTISH, (adj.): Mentally incapacitated by severe hangover)

16d    New Lab. has one formal procedure deriving from its founder? (8)
{BLAIRITE} – You need to read the definition as “deriving from New Labour’s founder” for this to make sense but the wordplay is clear.  Start with an anagram (new) of LAB and follow with I (one) and a formal procedure, particularly in a religious context.  Another tricky one! I thought at first that this was an  &lit (all-in-one) but it isn’t. It has separate wordplay and definition.  It’s just that the definition refers back to the first part of the wordplay, hence the question mark on the end – neat!

19d    Disown bombast that goes around the City (6)
{RECANT} – We’ve got the same bombast or tirade as in the last clue!  This time it goes around the post code for the City of London.  Seems a little careless to have these two clues following eachother!

20d    Woman noted for work in market has closed early (6)
{MARTHA} – The answer is a woman’s name and it’s another word for a market followed by HA (HA(s) closed early).  Not at all sure what “noted for work” means here but no doubt someone will enlighten me!  Perhaps it’s an allusion to the song on the Beatles white album (****** My Dear).  I’ve had a trawl around Wiki and can’t think of owt else.

22d    This monk is one who may deal with monkfish, we hear! (5)
{FRIAR} – This type of monk sounds like (we hear) someone cooking monkfish, or any other type of fish.

Favourite was 16d, once the penny dropped!