Good morning from South Staffs where the weather is a little quieter than yesterday. I hope all our readers are safe from storm and flood.

Giovanni’s trademark obscure word at 19d sent me to the BRB to checkwhat I’d got from the very fair wordplay, but the rest fell into place and I finished in ** time.

4a           Personality outside church spoke affectedly (6)
{ MINCED } A word for the personality, as opposed to the physical presence, wrapped around an abbreviation for the Church of England.

10a         Outside American university observe Arab maybe (6)
{ SEMITE } A three-letter acronym for a university found in Cambridge, Massachusetts inside a word for observe

11a         Knocking back beer is a mistake (4)
{ SLIP } Reverse (knocking back) a type of beer originally brewed in what is now the Czech Republic.

16a         Little devil, beast in Home Counties group without professional cook? (4-8)
{ SELF-CATERING } Take a supernatural being and a variety of animal, put them inside the abbreviation for the location of the Home Counties, and add a group or set of people.

21a         One of two storytellers said to be dismal (4)
{ GRIM } This sounds like (said to be) one of the German brothers whose fairy tales frightened generations of children before Disney bowdlerised them.

22a         The old man with receding locks is a person shunned (6)
{ PARIAH } An informal term for father followed by the reversal (receding) of the locks found on your head.

23a         Support brought by knight in second battle (8)
{ SANCTION } The abbreviation for a knight in chess inside Second and a battle or combat.

24a         An outburst outside university when students are down? (6)
{ AUGUST } A and an outburst of wind, either side of University, giving a time of year when students will be on vacation. 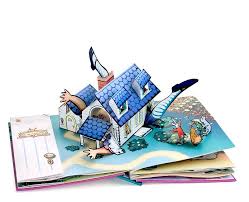 6d           USSR official giving order to girl in vehicle (9)
{ COMMISSAR } The abbreviation for an honour bestowed by the Queen, and a form of address for an unmarried woman, inside a motor vehicle.

7d           Little woman taking time, the woman to tremble (6)
{ DITHER } The ubiquitous crossword woman, followed by Time and a pronoun for ‘the woman’.

9d           Sponsor Conservative female not in the top group (6-5)
{ SECOND-CLASS } A verb for sponsor or support, followed by Conservative and a (usually young) female

14d         Looking at old boy working in restaurant? (9)
{ OBSERVING } The abbreviation for an old boy of a school, followed by a word describing what working in a restaurant may entail.

15d         Appoint new leader of ecclesia? This one’s not approved (8)
{ ANTIPOPE } A semi all-in-one clue. An anagram (new) of APPOINT, followed by the initial letter of Ecclesia. A reference to the medieval period when the Catholic Church had more than one person claiming supreme authority at the same time.

18d         Giant beginning to intimidate a fairy (7)
{ TITANIA } The queen of the fairies in A Midsummer Night’s Dream, made up from a variety of giant, the initial letter of Intimidate and A (from the clue).


19d         Last character, English granny, to be found in women-only accommodation (6)
{ ZENANA } The final letter of the alphabet, English, and an informal term for a grandmother, giving the Persian equivalent of a harem (it says in the BRB …) 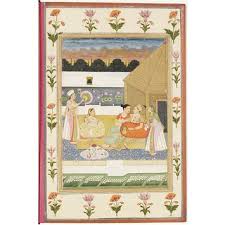 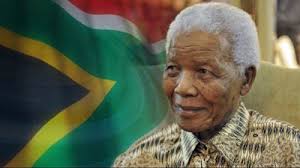