Another straightforward and enjoyable one from Jay, as could be expected.  Thanks Jay.  A 1.5*/3* rating from me.

Defn: Perhaps more a pile than an area.

9a    Tolerant eastern province in time of fasting (7)

{SKYPE} : 1st letter of(head of) “police” contained in(in) [an island in the Hebrides].

{RETAILING} : [suffering from pain or sickness] placed after(after) “return” minus its last 3 letters(cut by 50 per cent).

Answer:  An activity you can now be a part of in your underwear, if you’re in the right mall.

{COURTSHIP} : [a tribunal where judgement is made] + ‘S + [the joint below the waist and above the thigh].

Answer:  Even birds do it … “How’s about we have dinner together?”, so he says to her, bringing dinner with him.

{CASTOR} : [collective noun for the players on stage or the film set] plus(getting) [the letter representing zero;nothing] + [abbrev. for “right”].

Defn: One of the stars in the Gemini constellation.

{RISOTTO} : Reversal of(returned) [term of address by schoolchildren for their teacher] plus(with) [ a typical name for a German chap].

Defn: Definitely not a German dish.

{INGRATITUDE} : Anagram of(working) I’D GET IN A RUT.

2d    Finished with most of performance for two, but late (7)

{OVERDUE} : [finished, as in “We’re through! It’s finished (you bastard)!”] plus(with) [a musical performance for and by two players or singers] minus its last letter(most of).

Defn: The male head of family.

Answer:  These two girls with the same name; remember them? 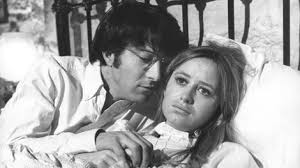 {HOUDINI} : Cryptic defn: He whose business was to free himself after being bound in various ways.

{A PRIORI} : A + [the deputy leader in a monastery, immediately below the abbot] + [Roman numeral for “one”].

Defn: In logic, descriptive of deductive reasoning from known facts.

Answer:  A description of these below:  The first is perhaps not as scary as the Count, but you should be very very afraid of the others, no matter how good they look:

{INJURY} : [twelve people might be here discussing an (alleged) offender (2,4)].

{TOP SECRET} : [abbrev. for “tense” in grammar] + [short for “operations”, especially in the military or in espionage] placed above(on, in a down clue) anagram of(going wrong) CRETE.

{UNLEARN} : [French for the article “a”] + [the plate displayed by a student driver] plus(with) [to merit;to get deservedly].

20d    Found the words to express in stages protecting right (7)

{PHRASED} : [divided into a progression of stages] containing(protecting) [abbrev. for “right”].

{ROTATE} : [the fee charged per unit of time, work, etc.] containing(binding) [abbrev. for the books in the 1st half of the Bible].

Defn: To alternate;to take turns in a cycle, eg. a weekly duty roster.