Good morning from South Staffs where the sun is just coming over the horizon as I type this, which I notice is my 50th posting. Doesn’t time fly?

Rather more significantly, a note in the paper tells us that this is Giovanni’s 500th Telegraph Crossword, and I think today’s thematic offering has given us quite a work-out – well into *** territory for me – though if comments from the last couple of weeks are any guide, others may sail through it. Many congratulations to the Don.

In the hints below, the definitions are underlined

9a           Wise man encapsulating Irish image, not what it seems (6)
{ MIRAGE } A wise man, perhaps one of the three from the Christmas story, with an abbreviation for Irish inside it.

10a         Sin-adorer upsetting bishops? (9)
{ ORDAINERS } Anagram (upsetting) of SIN ADORER, giving a reference to the function bishops have in creating new priests.

12a         Paper transported as liquid? Fantastic notion! (4,5)
{ PIPE DREAM } If split (5,4) this would be a verb describing how liquid might be transported, followed by a quantity of paper.

17a         Cave in garden, front invisible (3)
{ DEN } Remove the initial E (front invisible) from the garden where Adam and Eve lived before the Fall. 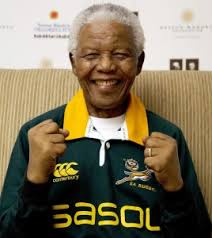 20a         Out-of-form team in no position to score goal (7)
{ OFFSIDE } Put together synonyms for out-of-form and team, to get the aspect of football which, allegedly, women don’t understand!

21a         Matrimonial duties? Adam falls short (3)
{ BED } … or the place where they might be carried out. Remove the final E from the surname of the eponymous hero of a novel by George Eliot.

23a         Plunged into wine, fish swam! (6)
{ REELED } A variety of fish, often served jellied, inside an adjective describing the colour of wine.

27a         Woman, one old-fashioned, is backed up (9)
{ VALIDATED } A short form of a woman’s name (Ms Singleton, perhaps, for old Blue Peter viewers) followed by the Roman numeral for one and a word meaning old-fashioned.


28a         Adherent to disagree about holy books (6)
{ VOTARY } The initials designating the first half of the Bible inside a verb meaning to disagree or be different.

30a         Farm worker needing exercises with restrictive back (6)
{ REAPER } A two-letter acronym for exercises inside a word for back.

31a         Agitated blokes in terrible fret end losing heart (9)
{ FERMENTED } Another word for blokes inside an anagram (terrible) of FRET, followed by E(N)D from the clue with the middle letter removed (losing heart).

2d           Skilful soldiers climbing up inside passage (6)
{ ADROIT } Reverse (climbing, in a Down clue) an abbreviation for soldiers who are not officers, and put it inside a passage, especially one into a mine.

4d           Article penned by eccentric person is a hoax (6)
{ CANARD } Put one of the forms of the indefinite article inside an eccentric or comical person, to get a hoax or French duck.

5d           Recount — was candidate upset, wanting speed? (7)
{ NARRATE } Reverse (upset) a verb describing what a person who was a candidate for election did, and add a word for speed.

6d           Employees will settle under quiet old American leader — that’s very plain! (9)
{ PIKESTAFF } A charade of the musical sign for quiet, an American President from the 1950s, and a collective noun for employees, giving what something is said to be as plain as.

7d           Loyal Irishman in charge restricting disorder (9)
{ PATRIOTIC } The short form of a common Irish first name and an abbreviation for in charge are placed either side of a violent disorder.

8d           Information on space module held by ten fellows (9)
{ GENTLEMEN } An informal word for information, followed by TEN (from the clue) with the acronym for the space vehicle which took Armstrong and Aldrin from lunar orbit down to the surface of the Moon inside it.

14d         Football team lead by little devil? They are getting better (9)
{ IMPROVERS } A small demon followed by the name of Blackburn’s football team.

16d         Army branch with purpose-built vehicles practises (9)
{ REHEARSES } One of the engineer regiments of the Army, followed by vehicles purpose-built for undertakers.

22d         Rising Greek character, celebrity to come out (7)
{ EMANATE } A Greek letter followed by a celebrity, both reversed (rising).

25d         TV technique means eccentric noise may be heard (4-2)
{ FADE-IN } A technique by which sound or picture is brought up to full clarity sounds like (may be heard) two words (3,3) which would describe an eccentric or whimsical noise.

Spot the Nina relating to the occasion, as well as the reference in the Quick Crossword pun!