Good morning from Beechwood Grange in York, where we’ve been celebrating grand-daughter’s birthday, and looking at the gathering of A4 Pacifics in the National Railway Museum.

I found this one quite a tussle, well into *** territory for me, but wondered why the ones I had struggled with had caused such problems once I had cracked them – the usual sign of well-constructed clues. Thanks to Giovanni for the workout.

7a           A mister with sitar playing in Indian city (8)
{ AMRITSAR } A (from the clue), the usual abbreviation for mister, and an anagram (playing) of SITAR, giving us a city famous for its Golden Temple. 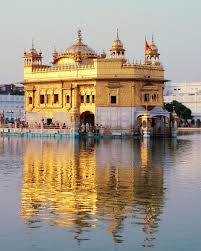 10a         Irish individual, right person for applying pressure (6)
{ IRONER } Put together an abbreviation for Irish, another word for an individual, and Right to get someone who applies pressure to remove the creases from shirts. 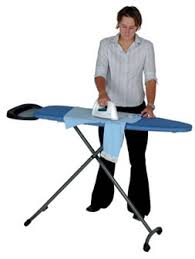 11a         New deal required in cargo reception area, there being impasse (8)
{ DEADLOCK } An anagram (new) of DEAL goes inside somewhere where cargo is unloaded.

15a         Be sorrowful about knight who cares too much for social standing? (4)
{ SNOB } The chess abbreviation for a knight inside the sound made by someone crying.

17a         Not like a circle aligned in debate? (5)
{ SIDED } A verb describing the action of someone who took the part of one party in a debate, which is also an adjective describing a characteristic that circles do not have.

19a         Business arrangement for Kent location (4)
{ DEAL } Double definition: a business transaction; and a port in Kent.

20a         Pampering that gets some people down when not up? (14)
{ FEATHERBEDDING } The definition is a metaphorical use of the actual thing filled with down which may be used by people who are not up.

23a         Quiet learner needs a medicine, being without sign of passion (8)
{ PLATONIC } The musical abbreviation for quiet, the letter indicating a learner driver, A (from the clue) and a variety of medicine. Put together, these give an adjective describing a non-sexual relationship.

25a         A right bounder beginning to escape from passageway (6)
{ ARCADE } Add together A (from the clue), Right, a bounder or rotter, and the initial letter of Escape.

28a         Stalwart Cavalier having changed sides at the outset (8)
{ LOYALIST } Take a word describing the side supported by a Cavalier in the English Civil War, and change the initial R into an L.

2d           Little person getting cut outside pub (6)
{ MINNOW } More often used to describe a small fish, or one of the minor teams playing in a cup competition.  A word for cut (as in lawn) is wrapped around another word for pub.

4d           Drug injected primarily in a poet being dissolute (6)
{ OPIATE } The initial letter of Injected goes inside an anagram (being dissolute) of A POET.

5d           Gangster must meet fate in bed, it’s somehow decided (8)
{ BALLOTED } The usual crossword gangster’s name and a word for fate or destiny go inside BED, giving a form of decision-making.

8d           Violinists, etc in street bands (7)
{ STRINGS } The generic term for violinists and the like in an orchestra is made up of the abbreviation for street followed by (e.g. wedding) bands.

13d         Poet who would look down on many? (10)
{ LONGFELLOW } The name of the author of Hiawatha suggests that he would be taller than most people. 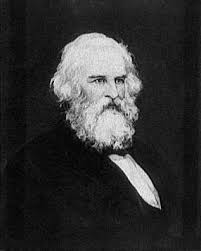 14d         Stranger given food heading off (5)
{ ODDER } ‘Stranger’ as in ‘more strange’. Remove the initial letter from a word for food, especially that given to cattle.

18d         As food allowance is out of this world, recorded in log (7)
{ DIETARY } A word for a log or journal, wrapped round the initials given to the alien in the film who famously wanted to phone home.

21d         Support in hospital minimal — leading to bad feeling (6)
{ HANGER } The abbreviation for hospital seen on road signs, followed by bad feeling or rage, giving a support for clothes in a wardrobe.

22d         Meek and mild medic joins revolutionary priest (6)
{ DOCILE } One of the shortened forms for a medic, followed by another crossword regular, an Old Testament priest, this time reversed (revolutionary).

24d         Unemotional bowling partner for R. Willis? (4)
{ COLD } One for the cricket fans! A word meaning unemotional is made up of the first initial and surname of a Yorkshire fast bowler who played for England between 1972 and 1981, and was one of the lower-order batsmen who supported Ian Botham in the second innings at Headingley in 1981.