Once again my favourite lady setter on the Telegraph panel demonstrates that a puzzle doesn’t have to be difficult to be very enjoyable. There’s a collection of thematic answers and, in 22 across and 20 down, a clever construct that I don’t recall seeing before.

5a    Disable tailless reptile, seen without tail? (4)
{CROC} – start with a verb meaning to disable and drop the final letter (tailless) to get the abbreviated form (seen without tail) of a reptile 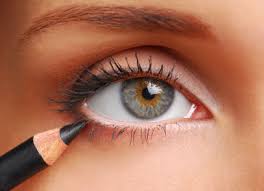 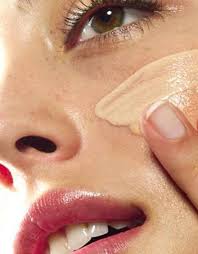 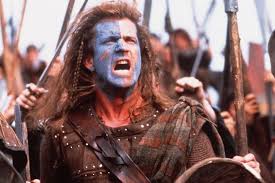 22a and 20d    make a buddy movie. Male is left out — he needs to regroup (6 and 6)
{THELMA and LOUISE} – note that the definition here includes the clue numbers and this is echoed in the enumeration! An anagram (needs to regroup) of MALE IS L(eft) OUT HE 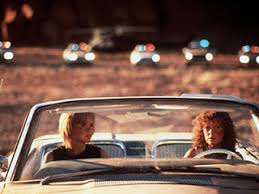 23a    Vapours sprayed from planes circling sun (8)
{AEROSOLS} – some planes around (circling) the Latin for the sun – a small quibble here as the word used for a plane is a combining form, and on its own it is an adjective which cannot be pluralised 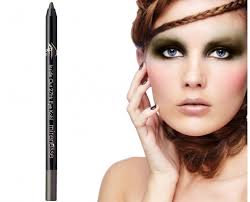 2d    Guilty verdict in Perth for five heartless Englishmen (6)
{PROVEN} – the guilty verdict in a Scottish law court, this Perth being the one in Scotland, comes from a charade of a three-letter word meaning for, the Roman numeral for five and E(nglishme)N without their inner letters (heartless)

4d    Most of military discharge above port ran gently (6,4)
{TICKED OVER} – most of a slang word for what a military person receives when discharged from the armed forces followed by (above in a down clue) a port in SE England

13d    Closely related generation dining out eats cheese, it’s rumoured (10)
{INBREEDING} – an anagram (out) of DINING around (eats) what sounds like (it’s rumoured) a French cheese 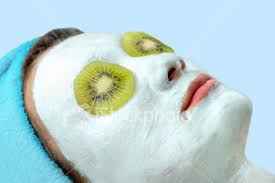 17d    Drink  it! (8)
{VERMOUTH} – two definitions – one form of this drink is often abbreviated from ITalian to IT 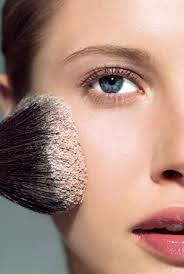 A power cut just as I was about to start this puzzle put me a little bit behind schedule. The power company even phoned me back to check that everything was alright – that’s a first.