Another quite enjoyable, solid puzzle from Jay.  1.5*/3* for difficulty/enjoyment.  Thanks Jay.

1a    Scientists’ aspiration is up — more potential for development (9,6)

Answer: A scientific aspiration that would violate the laws of physics.

{NOTICED} : Cryptic defn: A cake without any trimmings (3,4), would be a plain one, unlike these:

11a    Pronouncement from church on complete article (9)

Answer: From Italian. When paired with “con”, a musical direction to play with liveliness.

{RIFF-RAFF} : [a melodic phrase mostly in popular music and jazz] containing(about) { [abbrev. for “fine”] + [abbrev. for “female”] + [postnominal letters for a member of the Royal Academy;an artist] }.

{REFINERY} : [abbrev. for the engineering branch of the British Army] + [collective term for elaborate and showy dressing]. 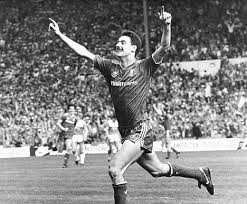 {BLACKEN} : [a mountain, in Scottish] containing(full of) [without, and hence needing]. 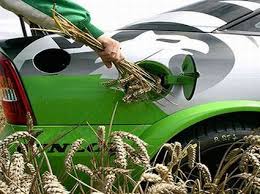 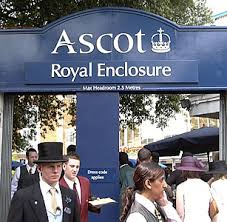 Here’s one, whose kind is famed for playing dead:

Defn: … eg. thoughts of being this or that.

Defn: … eg. as retailers do with prices.

{OATH} : [a track, especially a narrow one] with [the letter representing 0;love in tennis scores] replacing(for) [abbrev. for “Portugal”].

{OBFUSCATE} : Anagram of(failing) CAUSE OF BT.

Defn:  … by obscuring, by darkening, or by confusing.

{FRAMEWORK} : [labour;toil] placed below(…’s underlying, in a down clue) [a structure that gives shape or support].

{PRISONER} : Cryptic defn: One who, if given the choice, would want to be in a good jail;nick in slang, and yet, while there, might not be in good nick;in good condition.

18d    Food that might entice an American coin collector? (7)

{RAREBIT} : Cryptic defn: A small coin, especially in North America, which a numismatist would be enticed to add to add to his/her collection (4,3).

{DANGLES} : [abbrev. for “daughter”] + [approaches;points of view from different directions].

{BAMBOO} : [any of a genus of primates with an elongated muzzle, and sometimes red at the other end, see below] minus its last letter(mostly) containing(eating) 1st letter of(root of) “marram”. These primates eat grasses, and marram is also a grass.