Toughie No 1074 by Petitjean

The ins and outs of crossword clues

This is one of Petitjean’s easier puzzles, which probably accounts for its appearance in the Tuesday slot. There are rather a lot of insertions and deletions of letters, but mercifully few anagrams.

5a    Say nothing about half of muck found in drink (4,2)
{CLAM UP} – the single-letter Latin abbreviation for about followed by the first half of MUck inside a verb meaning to drink

10a    Commercial exploitation of Anne Hathaway’s birthplace? (7,8)
{COTTAGE INDUSTRY} – a cryptic definition of a commercial activity in which the work is done wholly or largely by people in their own homes 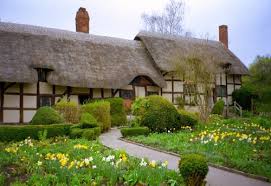 11a    Bishop and pawn facing resistance before single decisive move (7)
{PRIMATE} – P(awn) followed by R(esistance), I (single) and a decisive move in chess

13a    Belgium’s Mafia issue turning explosive (4,4)
{TIME BOMB} – the IVR code for Belgium followed by a three-letter word for the Mafia and a verb meaning to issue, all reversed (turning)

15a    Heavyweight magnate second in offloading company (5)
{TYSON} – to get thesurname of this former world heavyweight boxing champion start with a magnate, insert S(econd) and drop CO(mpany) 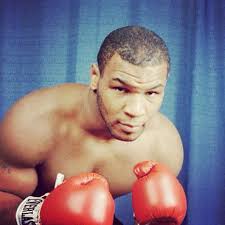 26a    Hypocrisy in large measure rules (6,9)
{DOUBLE STANDARDS} – a large measure of spirits followed by some rules or principles

1d    Key exercises following a flight (6)
{ESCAPE} – a key found on the computer keyboard followed by some Physical Exercises, the latter preceded by the A from the clue

2d    Put off accepting fine in a tricky situation (2,4,3)
{ON THIN ICE} – a phrase meaning that something is put off (2,3) around (accepting) an adjective meaning fine or delicate 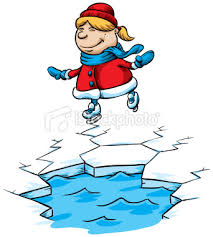 9d    Traditional measure of cool with Cup all but lost and points paramount can be handicap (8)
{ENCUMBER} – start with an object used in a simile for cool, drop(lost) most of (all but) Cup and add two compass points to the front (paramount)

19d    Quiet Mid-westerner will shortly account for material in many early rock’n’roll records (7)
{SHELLAC} – an exhortation to keep quiet followed by the middle (mid) letter of westErner, the short form of will, as used when I will or he will is abbreviated, and AC(count)

22d    Mirror ditching old for article by unknown – that’s brilliant (6)
New online version – Dazzling overweight wing gets substituted — ‘Why?’ one might ask (6)
{GLOSSY} – start with a mirror, swapping the A (article) for O (old) [the opposite of what it says in the clue] and adding a mathematical unknown
Start with an adjective meaning overweight and swap the wing or side of the second letter then add the letter that sounds like (one might ask) why

24d    Unsophisticated? No finish? Hint of earthiness? Could be Burgundy (5)
{ROUGE} – most of (no finish) an adjective meaning unsophisticated followed by the initial letter (hint) of Earthiness

Not a bad start to the Toughie week.