Hola from the Vega Baja.  Yes, it’s me again and now that I’ve reached an age when I can be officially called a “grumpy old man” I’ll have a quick grump about this puzzle. It’s possibly a “wrong envelope” job, certainly not easy, although that might just be me after a long week of birthday partying.  I don’t know who the setter is and after my record of spotting setters in the past that’s all I’m saying, apart from, if it’s RayT I’ll eat my hat!

As usual the ones I like best are in blue.
Please leave a comment telling us what you thought.  You can also add your assessment by selecting from one to five stars at the bottom of the post.

11a         Waiter is ace carving into joint before start of dinner (6,1)
{MAITRE D} – You need a type of joint in carpentry and insert (carving into) an A (ace) and then add the D (start of Dinner). First in and obvious from the enumeration. Parsing was a bit more tricky though. Kept thinking KNEE, ANKLE, REEFER, DIVE  and then . . . DOVETAIL! That was when the penny finally dropped!

17a         Plane originally took off without Young Conservatives being mentally prepared (7)
{PSYCHED} – Start with P (Plane originally) and follow it with a word for took off or removed and insert (without) a Y(oung) and a C(onservatives).

25a         Disagreeable old boy’s an infamous doctor with unknown debts (9)
{OBNOXIOUS} – A charade of the usual Old Boy, Ian Fleming’s infamous doctor, an algebraic unknown and then some debts. 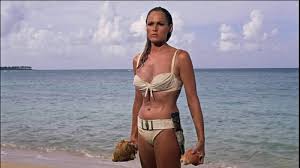 26a         One following news covered by European outfit getting sense of weariness (5)
{ENNUI} – Perhaps someone can enlighten me on this one.  It looks like it’s I put after (one following) EU (European outfit) all placed around N(ews). But where does the other N come from? P’raps I’m just being a bit thick tonight! I suppose ENU might just be a European National Unit as part of Europol but if that’s it I despair!

4d           Foolish spirit shown by Marines? Not so (8)
{GORMLESS} – A word for spirit or energy (2) followed by the Royal Marines and then a word which would deny it.  Sorry that’s the best I can do with this one, anyone do better? 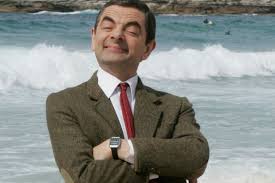 5d           Notice that bloke in ‘EastEnders’ consuming endless cuppas (4)
{ITEM} – How a cockney is supposed to say “that bloke” and insert (consuming) a cuppa without its last letter (endless).

13d         Train from Crewe finally expected, having squashed cat (7)
{EDUCATE} – E (CrewE finally) followed by a word for expected and insert (having squashed) CAT.  Not too keen on the mental image conjured by this one! Used to live near Crewe and there were a lot of cats squashed on the railway. 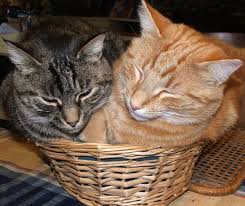 16d         Tender fish is tiddler (9)
{NURSELING} – Someone who tends, in a hospital perhaps, followed by a common crosswordland fish.

17d         Rich as the Italian back in profit almost, going to clubs (8)
{PROLIFIC} – Rich as in widespread or common. Reverse the Italian word for THE inside PROFI(t) and add a C(lubs).

18d         Eleven struggling to secure work — one will get put in post (8)
{ENVELOPE} – Anagram (stuggling) of ELEVEN and insert (to secure) the usual musical work.

19d         Female figure performed repeatedly for lawman (7)
{SHERIFF} – A word for a female followed by something played repeatedly on a guitar.

22d         Sincere about source of contentment being peace (5)
{TRUCE} – Take a word meaning sincere or right and insert C (source of Contentment).

I wasn’t very keen on this puzzle while I was solving it but it did get better while writing the review.   Perhaps I was having an off night! Favourite for me is either 8d or 11a.