A straightforward and enjoyable one from Jay.  A 1.5*/3* for difficulty/enjoyment.  Thanks Jay.

5a    Country retreat with distinctive characteristic (7)

{DENMARK} : [a place to retreat to] plus(with) [a distinctive characteristic, eg. that used in trade or commerce].

{RESIDENCY} : [in some countries, the high office in government of] minus(with no) [abbrev. for “parking”].

Defn: The tenure;term during which one performs at one venue, eg. a band or singer, or, stretching it a bit, a doctor in a hospital].

{HEART-THROB} : [the masculine pronoun] plus(has) [skill;cunning, even] plus(and) [to beat in a steady or pronounced rhythm].

Answer: From an Italian word, but of course.

Answer: An example of which;perhaps, is Gordon Ramsay.

{LIFE SENTENCE} : [a few words strung together, like what I’m writing now] placed after(on, in an across clue) anagram of(mislaid) “file”.

21a    Source of rancour in diminutive politician (4)

{TORY} : The 1st letter of(Source of) “rancour” contained in(in) [diminutive, like some breeds of dog].


Answer: What David and George are in Downing Street.

{LUNCHTIME} : [a period whose passage is shown by a clock] placed after(going by;passing by, in an across clue) [a motorboat with an open or half deck] minus(without) “a”.

26a    Reason for university being involved in lawsuit (5)

{CAUSE} : [abbrev. for “university”] contained in(being involved in) [a lawsuit argued in court].

Answer: To pacify or quieten, say, someone’s hurt or fear.

28a    Police weapons must encompass first of thug’s experiences (7)

1d    Irregular, but attending church in case of publicity (6) 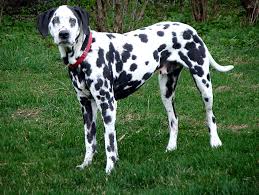 Answer:  Also a colour named after the drink:

Defn: Not in the sense of having been left, but being recklessly unrestrained.

{NODS} : Reversal of(turning up, in a down clue) ON plus(and) the 2 two outermost letters of(with no heart) “does”.

Defn:  … literally, metal through heating and slow cooling, or figuratively, the will or determination.

{KEYBOARD} : [important;crucial] + [to pay for food and lodging away from home, like some schoolchildren].

{FLOTILLA} : [a large number of;many of] + [suffering from an ailment] } contained in(surrounded by) [abbrev. for an organisation of football clubs].

{FUTURE} : Double defn: 1st: One of the tenses in grammar.

23d    Person being entertained is judged by audience (5)

{GUEST} : Homophone of(by audience) [judged a quantity approximately, or something roughly, without full and necessary information].

{WHOA} : [an article in grammar] placed below(supporting, in a down clue) [the TV Time Lord, some of whose co-stars are shown below]. 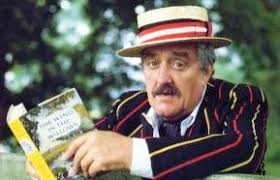