Good morning from South Staffs, where the sun is peeping through the cloud cover on a mild morning.

This was *** territory for me today, with 2d the last one in.

In the hints below, the definitions are under lined.

15a         Departs a centre on English river (6)
{ DANUBE } The abbreviation for ‘departs’ followed by a word meaning the centre or point of a story and English, giving a European river.

20a         Produce dope, Ecstasy, and speed (8)
{ GENERATE } Another informal word for dope or information followed by the usual abbreviation for the drug Ecstasy and another word for speed.

22a         Quietly he interrupts young relative (6)
{ NEPHEW } The musical symbol for quietly and HE (from the clue) inside another word for young.

24a         Device used in a casino in Oxford, say (4)
{ SHOE } Double definition: a means of distributing cards in a casino; and an item of clothing, of which Oxford is an example. 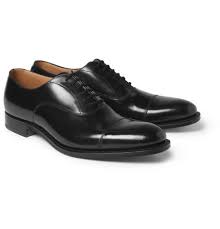 2d           Prince of Wales and son bringing one to portrait painter (4)
{ HALS } What Falstaff calls the Prince of Wales in Henry IV, followed by the abbreviation for Son, giving the painter of The Laughing Cavalier.

6d           Last in science, failing to pass (6)
{ ELAPSE } The definition here is usually applied to the passage of time. The last letter of science followed by a failing.

8d           Leave suddenly, as banks of 15 affected (6)
{ DECAMP } The first and last letter (banks) of the answer to 15a, followed by an adjective meaning affected or theatrical, like Julian Clary, for example. 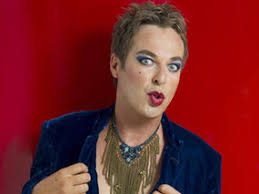 13d         Like onion rings? Agree with Little Richard, reportedly (10)
{ CONCENTRIC } This sounds like (reportedly) a verb meaning to agree to something and a diminutive form of Richard.

18d         Native American protagonist living mostly under cover, initially (8)
{ CHEROKEE } The initial letter of Cover followed by the chief character in a play or opera, followed by a word for living, or means of subsistence, with the final P removed (mostly).

22d         Iranian heading off mysteriously for a magical land (6)
{ NARNIA } Anagram (mysteriously) of (I)RANIAN with the initial letter removed (heading off), giving the land accessed through the back of a wardrobe in the first of the C S Lewis novels about the adventures of the Pevensie children.