Another one for the Ray T fans.

9a    One providing security in the main? (10)
{COASTGUARD} – a cryptic definition of a member of an organization with responsibility for, among other things, preventing smuggling 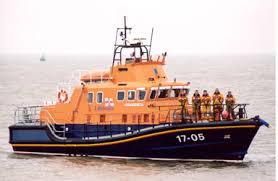 12a    Reportedly keep hidden inflatable toy (4)
{LILO®} – sounds like a phrasal verb meaning to keep hidden or go into hiding (3,3)

15a    Former partner, abusive in tried case, forced out (8)
{EXTRUDED} – the usual two-letter word for a former partner followed by an adjective meaning , abusive inside the outer letters (case) of TrieD

4d    Silences bands covering Queen (8)
{SQUASHES} – bands that are worn round the waist or over the shoulder around QU(een) – I bet I wasn’t the only one who tried to fit ER into this one!

8d    Consider too little Cruise’s replacement? (10)
{UNDERSTUDY} – as a verb this could mean to consider too little, but as a noun it is someone who provides cover for a more famous actor, like Tom Cruise

11d    Animals in river bank charm endlessly (12)
{HIPPOPOTAMUS} – a three-letter word meaning in or trendy followed by an Italian river, a bank used when playing cards for money and most of (endlessly) a verb meaning to charm – the plural of this animal can be spelt the same as the singular although there are other options

Elkamere has given us a more Anax-like Toughie today – why not have a go?