A pleasant if untaxing puzzle.

7a    Distinctive clothing, note, I brought into special sports meeting (7)
{REGALIA} – the second note of the scale in sol-fa notation followed by I inside a sports meeting 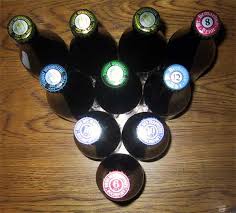 19a    Realm of fantasy provided by castles in Spain? (5-6-4)
{CLOUD-CUCKOO-LAND} – two ways of defining this fantasy world

23a    Take turns to change a ten, counterfeit (9)
{ALTERNATE} – a verb meaning to change followed by an anagram (counterfeit) of A TEN

24a    Ask compiler, ultimately, for puzzle (5)
{POSER} – a verb meaning to ask followed by the final letter (ultimately) of compileR

25a    Very serious  furthest from the centre (7)
{EXTREME} – two definitions 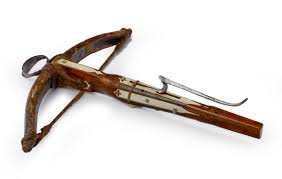 2d    Hit and run, being negligent (8)
{SLAPDASH} – a verb meaning to hit followed by one meaning to run

14d    Deserter in a potty situation (8)
{APOSTATE} – this person who has deserted their religion or principles is derived from the A from the clue, followed by a potty or gazunder and a situation

15d    Savoury dish produced by boy, eaten by libertine (7)
{ROULADE} – a boy inside a libertine or lecher

18d    Disgustingly loaded, having gold deposited — here? (2,6)
{EL DORADO} – an anagram (disgustingly) of LOADED around (having … deposited) the heraldic term for gold

21d    To stay the course means working (4,2)
{KEEP ON} – means or subsistence followed by a two-letter word meaning working

Deep Threat hopes to be back in this slot next week.