This is similar to last week’s puzzle:  1.5*/3* for difficulty/enjoyment.  Thanks to Jay.

{BATTLE OF WITS} : Cryptic defn: What [comedians] might be involved/engaged in – a [contest], not physically, but with their comic skills.

{OUTSPOKEN} : [to reveal;to make public] + [abbrev. for “son”] + { [an expression for “all right”;”satisfactory”] contained in(in) [a short form for a prison, especially in North America] }.

{BINGO} : [to work;to function, as with a car, say] placed after(on, in an across clue) [a storage place for bottled wine].

Answer: The game of chance in which you might shout “house!” to indicate you’ve won.

12a    Highly-developed sub used without purpose (8)

{ADVANCED} : [a sub;a part of one’s wages given before it’s earned] + “used” minus(without) [purpose, as in “what’s the purpose of complaining?”].

13a    Millions invested in thin-sounding cure (6)

{REMEDY} : [abbrev. for “millions”] contained in(invested in) [thin-sounding;shrill, like the tone of, say, a clarinet].

15a    Hang around branch, gathering in great numbers (8)

{SWARMING} : [slang for to hang;to be executed by hanging] containing(around) [a branch, say, of an organisation].

Defn: An external support for the topmost part of your body.

19a    Settled engineers in old environment (6)

{AGREED} : [abbrev. for the engineering unit of the British Army] contained in(in … environment) [old;advanced in years].

Defn: That’s settled then, often with a handshake.

21a    A call for help, boxing top material considered hazardous (8)

Answer: Material that is hazardous to your physical health.

{FROLIC} : { [abbrev. for “left”] + [Roman numeral for “one”] } contained in(wearing, as in putting something around you) [a dress for females, and perhaps some monks] minus
its last letter(short).

{SOLVE} : [to clear from guilt or blame, or if you really did sin, to pardon and excuse from punishment] minus(missing) [abbrev. for a sailor;a seaman].

Defn: Not to do with food.

28a    Limited accommodation for replacement stablehand? (8,4)

{STANDING ROOM} : [a replacement instead of the usual person] + [a stablehand who takes care of your horse].

{BROWSER} : [abbrev. for “river”] contained in(run over by) [a tanker on wheels for transporting fuel].

Defn: Not on water. Amusing image.

{TITAN} : [a metal container, named after what it’s usually made of] containing(holding) “tar” minus its last letter(mostly).

Answer:  Here’s one of them:

{LIP-READER} : Cryptic defn: Reference to one who “sees”, not hears, what you say, face to face.

{OAKS} : [letter representing a duck, nothing scored by a batsman in cricket] + [when, as in “when you walk through the door] containing(crossing) the rightmost letter of(east of) “cork”.

{WIND-DOWN} : [an opportunity;a time period in which you could do something, not before nor after] containing(to employ) [abbrev. for “daughter”] placed above(with, in a down clue) [abbrev. for “new”].

I don’t think they set crosswords:

{MEATBALL} : Anagram of(changing) “team” placed above(before, in a down clue) [a social occasion for people to dance – and other activities].

16d    Concerned with soldiers providing protection for the audience (9)

{REGARDING} : [abbrev. for the engineering unit of the British Army – again] + homophone of(for the audience) [providing protection, like a sentry is doing].

Defn: With reference to.

{ESTONIAN} : [for example, David Cameron, who once attended a famous school – as did other top government officials, for which fact he’s been given some stick] containing(admitting) [abbrev. for “second” in time notation].

{HOARSE} : [not David, but frost;a deposit of ice crystals formed on the ground at below-freezing temperatures] placed above(on, in a down clue) the 2 outermost letters of(case of) “satire”.

22d    Result of effort getting constituency to adopt women? (5)

{SWEAT} : [what you get when a constituency votes for you in an election] containing(to adopt) [abbrev. for “women”]. Cryptic defn: The physiological result of effort;hard work – has nothing to do with politics.

And neither does he, nor she: 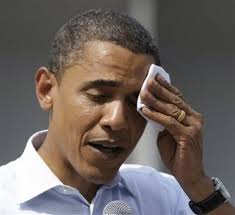 Answer: And it is feminine apparel – or a car: