Today is your last chance to have a go at our Monthly Prize Puzzle.

1a           Possible murder weapon is hot clue at first (4,6)
One of the weapons that can be used to commit murder in the original version of Cluedo is derived by putting an adjective meaning very hot after (at first) a clue or hint 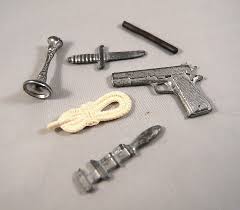 13a         Fanatic keeping slim having space for healthy food (9)
A three-letter fanatic around (keeping) an adjective meaning slim and a space used in printing, named after the letter that takes the same amount of space on the line 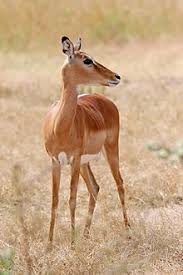 29a         China to top local competition (5,5)
A verb meaning to top or complete followed by a competition between two local teams

8d           Withdrawal symptoms make lord cut out what’s essential (4,6)
The symptoms encountered by someone who is withdrawing from a drug like heroin are derived from an anagram (out) of LORD CUT followed by a word meaning essential

11d         She’s author drawn to follow horseman (5,7)
The name of the author of the classic novel She comes from an adjective meaning drawn or gaunt preceded by (to follow) a horseman

One occasion when the spoof version is far better than the original!

19d         Orchestra’s place is to receive praise, praise for performance (7)
The place where the orchestra is to be found around a verb meaning to praise 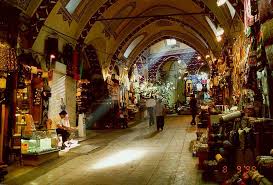