Good morning from North Devon where Summer has finally arrived and all’s well with the world. I didn’t think that there was anything too difficult in today’s puzzle (one word that I didn’t know but the wordplay made it very straightforward). Do let us know how you got on.

Good luck to the British and Irish Lions tomorrow morning – if the final test match is like the first two my fingernails will have disappeared completely.

1a  Less than wholly grown up, a politician being complimentary (9)
{ADULATORY} – a word for grown up without its last letter (less than wholly) is followed by A and a right-wing politician.

10a  Nothing in tub by river building close to the water (9)
{BOATHOUSE} – insert the letter that looks like zero in a tub and follow this with the name of a river (there are several with this name in England).

12a  Maybe ‘ave a graft on top to try and be posh? (3,2,4)
{PUT ON AIRS} – cryptically how a Cockney might describe a procedure to reverse getting thin on top.

13a  Finish by Italian river in drowsy period of recovery? (4-2)
{POST-OP} – a verb to finish follows a river of Italy.

17a  Companion going off fruit and veg (3)
{PEA} – take away the letters used for a Companion of Honour from a soft fruit.

19a/11a  It might be a sign of brighter times ahead (7,6)
{WEATHER SYMBOL} – in less hi-tech times it used to be fun watching the presenter trying to fix one of these by hand to the map and watching it slowly slide down so that the sunny periods meant for southern Scotland ended up over East Anglia.

20a  As motorist crushed dog crossing middle of lane (3,4)
{RAN OVER} – the traditional name given to a dog contains (crossing) the middle letters of lANe.

21a  Root crop available with month returning (3)
{YAM} – reverse the name of a month.

23a  Path to get new tile (3,3)
{TOP HAT} – the definition here is an old slang term for something worn overhead. It’s an anagram (get new) of PATH TO.

28a  A little house and a comfy one, really! (6)
{HONEST} – the abbreviation for house is followed by a comfy house.

30a  Christmas duck being demolished by boy sailor (6)
{NELSON} – remove (being demolished) the letter that looks like a duck in cricket from another word for Christmas and follow this with a younger male relative. 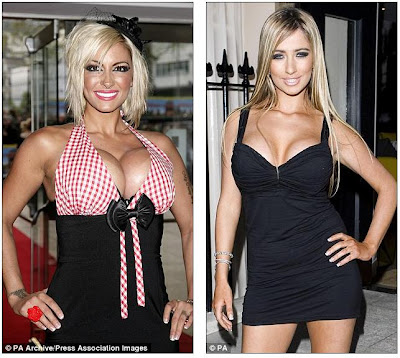 2d  Daughter encountering rascal? I may act as an anchor (6)
{DROGUE} – D(aughter) is followed by a rascal or scoundrel. I didn’t know this word for a funnel-shaped device towed behind a boat to reduce speed.
.

3d  Behold — container has nothing in it that can help soothe skin! (6)
{LOTION} – an interjection meaning behold is followed by a metal container with the letter resembling zero inside it.

5d  Book shows what struggling tennis player may have to do (7)
{RESERVE} – double definition, the second (2-5) what a tennis player who’s made a hash of his first attempt to get the game going is allowed to do. I’ve never really understood why tennis players are allowed two attempts at this – if a footballer blasts a penalty shot over the bar the referee doesn’t say ‘No problem – have another go!’.

6d  Dog of small height you brought up in sports field? (9)
{GREYHOUND} – an abbreviation (small) of H(eight) and an old word for you are reversed (brought up) and put inside a sports field.

7d  Arrive outside club accompanied by one very pugnacious (9)
{COMBATIVE} – place a verb to arrive around a type of club (the type a sportsman hits with, not where he goes to play), I (one in Roman numerals) and V(ery).

14d  Carol, enchanting woman inside, is changing (9)
{SWITCHING} – carol, here, is a verb. Put a woman who enchants or casts a spell inside it.

15d  Man and pal try to mess about in unrestrained fashion (9)
{RAMPANTLY} – an anagram (to mess about) of MAN PAL TRY.

18d  Equip a fighting force (3)
{ARM} – A (from the clue) is followed by the abbreviation for one of our fighting services.

24d  Is poet exceptional man of many letters? (6)
{POSTIE} – an exceptional anagram of IS POET.

The best clues for me today were 12a, 28a and 14d. Let us know which ones got you excited.