This was easier than it looked at first.   I’d give it slightly less than 2* for difficulty and 3* enjoyment.  Thanks to Jay for the usual enjoyable puzzle.

Answer:  They come in various styles. 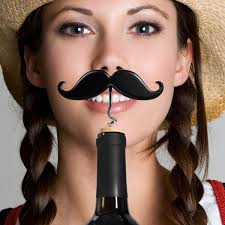 {COWER} : [abbrev. for “cold”] plus(getting) [more depressed;further down than the reference level] minus its first letter(with no hat – this indicator works better for a down clue). 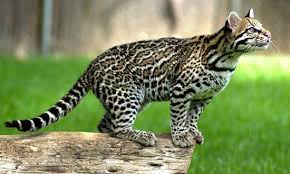 {ORDNANCE} : [abbrev. for all other soldiers not holding a commissioned rank] plus(needing) [an example of which/say, is the jig – not the type in a machine workshop] containing(to secure) [abbrev. for “new”]. A smooth surface.

{DEAD WOOD} : [Name of a stagecoach in a screen and stage musical] divided(in parts).

The Hollywood musical version and the real thing:

19a    Agree to differ on millions being inadequate (6)

{SUBTRACT} : [an expanse of land] placed after(on, in an across clue) [short for one on the bench, just in case he/she’s needed;a reserve].

23a    Pronouncement from investigators turning stomach (6)

{DICTUM} : Reversal of(turning) [abbrev. for the investigative department of a police force] + [a babyish word for “stomach”].

Answer: A pronouncement usually saying “thou shalt not ….”

Answer: A range of hills (an understatement) in North Africa.

{NIGHTINGALE} : [latter part of the day;evening] + [at home;not out] + [a bit (another understatement) of wind;a blow].

{CYCLONE} : [to ride on a vehicle powered by the rider’s leg muscles] containing(around) [working, eg. as with an appliance].

Answer: Another bit of a blow, but with a circular motion this time.

Defn: To match together/combine suitably, eg. wine and food. And that’s how almost all marriages start off with …..

3d    In short, a revolutionary must welcome independent academic (9)

{HISTORIAN} : Anagram of(revolutionary) IN SHORT, A containing(must welcome) [abbrev. for “independent”, eg. as with a politician].

4d    Blades or Owls against Reading, surprisingly taking the leaders (4)

5d    Given compensation, considered taking in wife for good (8)

Defn: Not lifetime, but time sentenced to.

{PORTEND} : [the left side on board, say, a ship facing the bow] plus(and) [to stop;to terminate].

{SWANSONG} : [an animal whose female is called a pen] + [a chant;a melody], reading the clue after dividing(for separation) “penchant” – never mind the resulting grammar.

Another hint:   You might call this a final performance:

{IMMOBILE} : [compiler’s;contraction of “compiler is” with crossword compilers referring to themselves in the 1st person] + [short for the phone almost everyone is carrying around nowadays].

If you are what you eat, and it’s really expert advice, will you look as healthy as them?  Perhaps?

17d    Turning into the wind across river, and following (8)

{TRACKING} : [nautical term for turning your craft into the wind direction] containing(across) [abbrev. for “river”].

{THETA} : [short for a word of gratitude;cheers!] placed below(supporting, in a down clue) [the definite article].

Defn: A letter in a foreign language alphabet.

Answer: Trademark name for a type of gun.  Also, in the plural form, the name of the American football team these pompom girls cheer for. 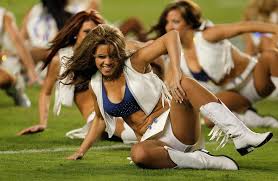