Hola from a rather dank and dismal Vega Baja.  The rain in Spain appears to fall mainly here!

I don’t think this is a Toughie that got into the wrong envelope but I have seen easier Toughies. I found it the trickiest back-pager for quite some time, but quite enjoyable once some of the pennies started to drop. I’m not going to guess who the setter is but suffice it to say that things started getting a little easier when I donned my “slightly mad hat”!

1a           Award for play (4)
{GIVE} – Double definition, play as in latitude or slack. I’ve said before that I’m always happy when 1a goes straight in. Unfortunately today it didn’t and this was one of my last! 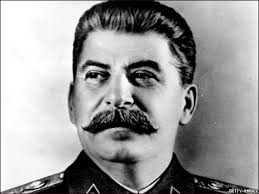 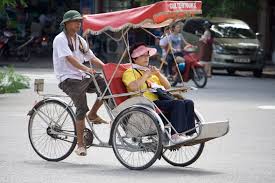 9a           Outlandish quote about bull recalled (6)
{EXOTIC} – Start with a word meaning to quote or refer to put it around (about) a two letter type of bull and reverse the whole thing (recalled).

10a         Broadcast in support of right (8)
{PROCLAIM} – A prefix meaning in support of followed by a word for right or entitlement.

11a         Foolishness claiming Sun may provide lack of balance (8)
{INSANITY} – Insert (claiming) an S(un) into a piece of foolishness or frivolity. Lack of balance isn’t falling over but mental balance.

17a         Domestic arrangement could be snug if he cleaned up (4,4)
{FENG SHUI} – This Chinese method of arranging furnishings etc is supposed to make a room harmonious and snug.  It’s also an anagram (cleaned up) of SNUG IF HE.  I used to like the TV advert with the guy arranging his armchair in front of the telly and to one side he had a beer fridge and the other side was a toilet. Can’t remember what the advert was for though!

19a         Notice that man getting regular payment is hanger-on (8)
{ADHERENT} – Hanger-on as in follower or disciple.  It’s a charade of the usual notice (2), a word referring to ‘that man’ (2) and a regular payment made to a landlord.

22a         The cause of flies being left undone? (6,9)
{INSECT REPELLENT} – Cryptic definition.  The flies aren’t in your trousers but buzzy little insects. 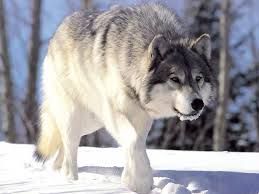 2d           In France you can claim proof of wine’s region and chateau ultimately void (7)
{VACUOUS} – Start with the polite or plural French word for ‘you’ and insert the abbreviation for the supposed proof of a wine’s origin and the last letter(ultimately) of chateaU.

6d           Beer and cocaine are what some musicians bring to the party (4,5)
{BASS LINES} – A famous brand of beer followed by a word for some doses of cocaine gives the part of the music some of the musicians might be playing.  I knew I had this one correct but the web site told me it was wrong when I submitted.  To save time I used the letter hints to check the unchecked letters – that’s when I realised I’d spelled the first word with an E as last letter, D’OH!

7d           Accept genuine watches over the phone (7)
{REALISE} – A word for genuine followed by three letters which, when pronounced, sound like (over the phone) a word meaning watches or looks at.

12d         Pick up software program about hospital closure (9)
{APPREHEND} – A charade of a program for your smart phone or iPad, followed by the usual ‘about’, H(ospital) and then a word for closure or finish.

13d         Tight-head showing nerves (9)
{TENSENESS} – Another word for tight, not drunk but as in not loose, and an old-fashioned word for a headland.  Not sure if the word ‘showing’ is actually part of the definition here. It could be – what do you think?

16d         Hide between back-to-back commercials for supplements (7)
{ADDENDA} – Take two commercials or notices (same as 19a) and reverse one of them (back to back). Then insert (between) a hide or study.

17d         Key articles getting a D for dunce (7)
{FATHEAD} – Start with a musical key (you’ve got A-G to choose from) and then two articles.  Follow with A (from the clue) and D (also from the clue).  Of course the A might not be from the clue but  the key might be followed by three articles and then the D.

Some fine clues but my favourite was 17a with 8a and 21a on the podium.