Hola from the Vega Baja!  Well, thanks to the local hospital, I’m still alive and kicking and am now fit enough to bring my usual incompetence back to the blogger’s chair – so it looks like you’re stuck with me for a while longer.

I’d just like to repeat my heartfelt thanks to all of you.  I was rather overcome by the outpouring of concern and good wishes that followed BD’s post about my illness. As Mary said the other day “who’d have thought a crossword blog could bring so much comfort?”

Anyway, on to the crossword.  Check the date before you start this one as there are a few topical allusions, starting with 1a!  It’s an odd puzzle to rate as most of it was 1* difficulty but there two or three clues that up the ante a bit, mostly in the bottom half. I’ve gone for 2* overall.

1a           You may get the point of this today (6,5)
{CUPIDS ARROW} – A cryptic definition of something you might get on Valentine’s day.  I can’t find the phrase in the BRB but Collins on-line says it means LOVE.

10a         Head of the Arts replaced by very predatory creature (7)
{VULTURE} – Take a general word for the arts and change its first letter to a V (head of *** replaced by V(ery)). Easier to solve than explain!  Is one of these creatures strictly a predator? 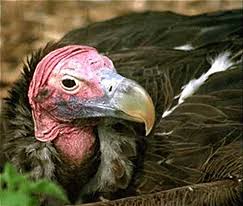 11a         Minute outwardly powerless muscles (7)
{TRICEPS} – These arm muscles are a word for a short period of time (minute) followed by PS (outwardly PowerlesS).

12a         Popular place for mosaic perhaps (5)
{INLAY} – The usual crosswordland word for popular followed by a word meaning to place – not the usual SET, which is what I first put!

13a         Dodgy poseur embracing her is fantasy figure (9)
{SUPERHERO} – This is an anagram (dodgy) of POSEUR placed around (embracing) HER. 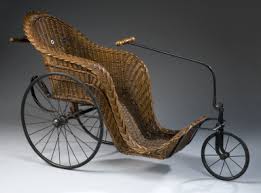 19a         I’m left in show which is endless graft (7)
{IMPLANT} – Not graft as in hard work, more like a skin graft or something.  Start with IM (from the clue) and follow with a Christmas show without its last letter (endless) and insert an L (L(eft) in).

22a         Stuff with taleggio — originally a fine cheese (7)
{TAFFETA} – This stuff is a charade of T (Talleggio originally), an A (from the clue), F(ine) and then some Greek cheese.  Not sure about the definition here or am I missing something?

23a         Break up most of dismal coal while it glows (9)
{DISMEMBER} – Take more than half the letters of DISMAL (most of) and follow with a glowing coal, perhaps in a fire that’s nearly gone out. I thought that ‘most of ‘ would mean all but the last letter so I was a bit held up until I twigged what the glowing coal was, d’oh!

25a         Unlikely mature crone will provide you with ideal relationship (4,7)
{TRUE ROMANCE} – It’s an anagram (unlikely) of MATURE CRONE.  I do like apposite anagrams!

1d           Hundred and fifty select few endlessly bathed in a warm glow (9)
{CANDLELIT} – This is a charade of the Roman hundred, AND (from the clue), the Roman fifty and then a word for select few without its last letter (endlessly). 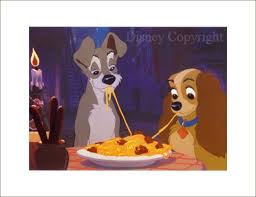 2d           Exercise right before panel to give false evidence (7)
{PERJURY} – Another charade, this time of the usual abbreviation for some exercise, R(ight) and the panel that sits in a courtroom.

3d           What are the odds of dryish fizzy drink leading to a tummy ache? (9)
{DYSPEPSIA} – Take the odd letters of DrYiSh and follow with a fizzy drink (not Coke, the other one) and then A (from the clue.

5d           Following run on icy surface winter sports enthusiast is more reckless (7)
{RISKIER} – Start with R(un), then an I (Icy surface) and then a winter sportsman, a downhill racer perhaps.

7d           Nothing’s on screen that Shakespeare wrote (4,2,5)
{LOVE IS BLIND} – Something that the Bard wrote that is relevant to today.  It’s nothing in tennis and the sort of screen you might have at a window.

From The Merchant of Venice:-

Here, catch this casket; it is worth the pains.
I am glad ’tis night, you do not look on me,
For I am much ashamed of my exchange:
But love is blind and lovers cannot see
The pretty follies that themselves commit;
For if they could, Cupid himself would blush
To see me thus transformed to a boy.

9d           Recipe for disaster in affectionate gesture by horseman? (4,2,5)
{KISS OF DEATH} –I think this counts as a double definition with the second one being cryptic. The phrase is derived from Judas’ method of betrayal of Jesus and means to have disastrous consequences. The second definition is a reference to the Four Horsemen of the Apocalypse, particularly the one on the pale horse. The phrase would describe the affectionate gesture from him.  Not at all easy to explain and it took me a fair while to work out how the clue works but I think I’ve got it right! 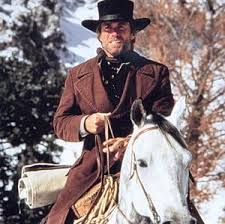 14d         Bonfire temperature’s hot beside unusual chrysanth (9)
{PYRETHRUM} – Another name for a chrysanthemum is a bonfire, or funeral fire, followed by T(emperature, H(ot) and a word meaning unusual or odd.

17d         Talk English at the French country house in the Dordogne? (7)
{CHATEAU} –  A word for informal talk followed by E(nglish) and the French word for AT.

18d         Give up burden (7)
{REFRAIN} – Double definition.  A new one on me but apparently a burden is a chorus line at the end of a verse of song! Educational things crosswords!

Maybe it’s just getting back to blogging after illness and a long break but I really enjoyed this puzzle a lot.  Plenty of good clues but my stand-outs are 25a and 9d.

The Quick crossword pun: {luvvies} + {Orly} + {round} = {Love is all Around} – {Reg Presley, lead singer of the Troggs, who wrote this song sadly died on 4th February}