Greetings from Ottawa where we are in the midst of our annual winter celebration known as Winterlude.

Did you find the language a bit blue today – what with oaths, profanity and vulgarity. Not to mention a bit of bodice ripping and touching? Should you have any question about the authorship of today’s puzzle, a quick peek at the first and last clues will dispel any doubt. However, before the RayT-phobes exit the room, let me say that I found it to be rather gentle. This just may be the chance for those who are convinced that they can’t do a RayT puzzle to prove themselves wrong.

13a Army without backing for decoration (6)
{ TASSEL } – another charade; this time we start with the usual Crosswordland volunteer army and follow up with a reversal (backing) of a word denoting without or minus

15a Ship carrying front of Red Ensign (8)
{ STREAMER } – I was sorely tempted to write in STANDARD on my first read through. Fortunately, I restrained myself. The ship in question would qualify to bear the initials SS (although they aren’t being displayed in this clue). To complete the solution, insert the first letter (front) of R(ed).

18a Vulgar ‘bleep’ in a broadcast (8)
{ PLEBEIAN } – vulgar in the sense of common, not profane; an anagram (broadcast) of BLEEP IN A

19a Composer with a name in German (6)
{ WAGNER } – I found this clue to be tricky and it was my last one in. I tried to make it simply a charade within a container. As it turns out, it is a bit more complicated than that, being a charade in which one of the components is a container. It is a charade of (1) W(ith), (2) A (from the clue) and (3) N(ame) contained in GER(man).

27a Marine‘s intense embracing a female (9)
{ SEAFARING } – the setter uses marine as an adjective rather than a noun; the solution is an adjective meaning intense (even burning) containing (embracing) A (from the clue) and F(emale)

5d Takes out former wife? Discretion’s about right (8)
{ EXTRACTS } – start with a short term for the former wife, then append a bit of diplomacy (not forgetting the S) and finally insert R(ight)

6d Look at. watch perhaps (5)
{ CLOCK } – a slangy term meaning to observe or notice someone is also what a watch is a small example of

14d Has doled out great deal (8)
{ SHEDLOAD } – a euphemistic British expression for a large amount or number is an anagram of HAS DOLED; while the original version of this expression has made it across the Atlantic, that would seem not to be the case for the euphemism

16d Drink up, pain takes a time to develop (9)
{ ELABORATE } – a reversal (up) of a drink that one might imbibe at their local plus the sort of pain that may be sitting beside you at the bar (especially if you are 28a in what he has to say). Finish off by inserting A (from the clue) and T(ime)

18d Cream the French relish (6)
{ PICKLE } – start with a verb meaning to select (in the clue, specifically the best part) and append the masculine singular form of the French definite article 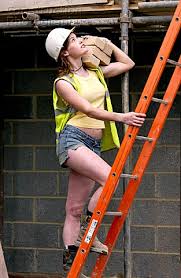 25d Exceptional artist with rise of Queen (4)
{ RARE } – today RayT saves his signature clue to the end; the customary Crosswordland artist and a reversal (rise of) Her Majesty’s cipher

It was fun while it lasted, but was over quickly. Favourite clues include 1a (great way to start the puzzle), 12a (for the photo op), 18a, 23a (appeals to a North American who dislikes paying to use the loo), 28a, and 16d.