Firstly thanks to Dave for covering for me while I was away. Also, a (belated) Season’s Greetings for a Happy New Year to one and all on this blog. Today, the day after, a puzzle with various references to the festivities. All quite straightforward, except for the last one in. Still, a 2.5-3* for enjoyment and difficulty. Thanks to setter.

{CAPABILITY} : Anagram of(strangely){ TYPICAL – A + “bit” minus its last letter(not quite all there)}.

Answer: What’s on the lunch menu today, the day after Christmas.

Answer: What today’s (the day after’s) meal will consist of, including eg. 9 across.

Answer: What one has the day after drinking too much alcohol, including gin.

{ALLOWS} : A + [a depression;a period of dejection] contained in(in) the first and last letters of(case of) “locals”.

{RELATIONS} : Anagram of(perhaps) IS ON ALERT.

Answer: Who may also be your 20 across, this time of year.

24    Finally, somebody to bring America exercises (4)

{YOGA} : Last letters, respectively, of (finally) “somebody to bring America “.

{CROW} : [symbol representing the monarchy] minus its last letter(most of).

Answer: What you would lay on the [board] before serving a meal, perhaps of Christmas turkey.

28    Look before getting cover for serious deficit (4)

{LOSS} : [look, usually with “behold”] placed before(before getting) the first and last letters of(cover for) “serious”.

Answer: A source of illumination in a (coal) mine, specially designed for use in the presence of flammable gases, invented by Sir Humphrey Davy. A modern version is used to transport the Olympic Flame.

{COCK} : Double defn: 1st: As one would do with a pistol; and 2nd: The mate, specifically of a hen; or it could be a term of endearment for a (male?) chum;mate.

{PILLION} : Roman numeral for “one” + [working, in contrast to being off work] placed below(in support of, in a down clue) the answer to 12 across. 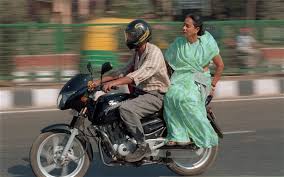 {BATTLE OF WITS} : Cryptic defn: A fight with intelligence rather than violence, most probably involving talk.

4    Daughter in Roller I ordered gets more overbearing (8)

{THE OFF} : Abbrev. for the form of address for an ambassador contained in(grabbed by) [mildly derogatory term for an upper class person, perhaps one educated in Eton, and, especially, in Oxford or Cambridge Universities – there’s a story that Labour PM Tony Blair, responding to criticism that (his) Government was “not tough enough”, mispronounced the phrase. Prophetic words, given today’s (British) Government.]

Answer: Got hung up on this last one. Took the defn. as a verb, and, with the crossing letters, came up with an answer different from the correct one by one letter. Wasted a long time trying to make “EE” fit as an abbrev. for “ambassador”, after considering and discarding the correct answer. I’ve seen and heard the second part used as an adjective, adverb, or preposition, and as a noun in a cricketing context, but not as a noun with this definition.  But then, I haven’t seen nor heard enough, as it’s there in Chambers – a noun for the start, eg. of a race.

{KINGS CROSS} : An Old Testament book placed above(on, in a down clue) [to bridge;to go over to the other side].

11    Drama putting off my tailor, with wages covering last of material (8,4)

19    Runs awkwardly for some ices, expending minimum amount of cash (7)

{LOLLOPS} : [British for ice cream on sticks;sweets attached to the end of sticks] minus(expending) abbrev. for the smallest amount of British cash, now that the farthing and ha’penny are no more.