A puzzle whose southwest corner took a little longer than the rest (or perhaps I’m rusty after being away?). Therefore a 2-2.5 * for difficulty, and a 3* for enjoyment. Thanks to setter. I (especially) liked the inventive 16 across.

{WAR CRY} : [showing caution;on guard against danger] containing(about) abbrev. for one of a certain religious faith.

Answer:  When a little child or machine doesn’t behave or function properly.

Answer:  … from the mainstream, or just college. 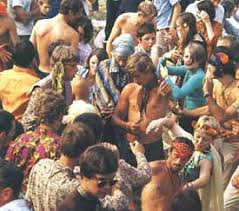 {GLAD} : [a clearing;open space in a forest] minus its last letter(finishing early), “e”.

{CROSS DRESSER} : Cryptic defn: [one in drag], from the phrase “drag one in” with its first word moved to the end of the phrase. 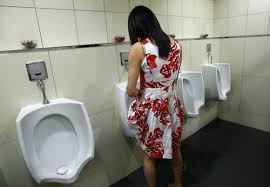 {ANTECEDENT} : {[what is bet;the stake in a gamble] + [an impression in an otherwise smooth surface] } containing(includes) abbrev. for “Church of England” – as opposed to the one in 1across.

Answer: What are put on by a la-di-da.

Answer: A sacred building in India and the Far East.

{THEORIST} : abbrev. for “tense” in grammar + {[gold] contained in(pinched in) [a robbery;a holdup, title of quite a few crime movies]}.

{ATONAL} : Hidden in(take some) “diplomat on a launch“.

Answer: Descriptive of a composition without a musical key.

{RHUBARB} : [a pointed, cutting remark] placed under(suppressed by, in a down clue) initial letters of(sources) “Radio Hallam” and “University” respectively.

Answer: The nonsensical noise made by actors repeating this same word to simulate conversation.

{CARDIAC} : [a joker;an amusing person] plus(gets) Roman numeral for “one” + abbrev. for [bill;a statement of expenses to be settled].

Answer:  Descriptive of things to do with the heart anatomically.

{SPRINTERS} : [a device that reproduces a paper copy of writing] contained in “SS”(abbrev. for “steamship”)(on board). 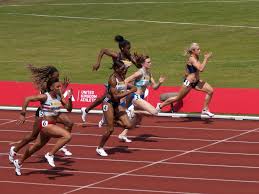 {POLISH} : Double defn: 1st: A European nationality; and 2nd: To give a shine to, eg. with what could also be described as French.

{SPREADSHEET} : [to broadcast;to distribute over wide area] plus(needing) [cover, especially on a bed].

{TICKED OFF} : Double defn: 2nd: An Americanism for annoyed;angered.

Answer: To ham it on stage.

18    Back down and negotiate in support of engineers (7)

{RETREAT} : [to negotiate;to deal with towards a resolution] placed below(in support of, in a down clue) abbrev. for engineers in the British Army.

21    Media pronouncement covering what to wear (5)