We have a fairly typical Giovanni puzzle today. Do leave a comment letting us know what you thought of it.
If you need to see an actual answer just highlight the gap between the curly brackets under the clue; if you’re accessing the blog from a mobile device there’s some advice on how to do this in the FAQ section.

5a  Vehicles with various escorts going round roundabout (8)
{SCOOTERS} – I don’t remember having seen the letter O clued as roundabout before but I suppose that if OO looks like ‘spectacles’ then O looks like a roundabout. Put an anagram (various) of ESCORTS round it.

9a  How strife is re-enacted within well-marked battle site (8,5)
{BOSWORTH FIELD} – this is the site of the battle in 1485 when Richard III got his comeuppance. An anagram (is re-enacted) of HOW STRIFE goes inside how text can be well-marked or made to stand out (like this).

11a  Maybe I allowed Cockney woman to be heard (6)
{LETTER} – twenty-five others might have been chosen as the example of this. It sounds like (to be heard) a charade of a verb meaning allowed and a feminine pronoun as expressed by a Cockney.

12a  Quote from a theologian attached to university church (6)
{ADDUCE} – string together A (from the clue), the abbreviation for a Doctor of Divinity, U(niversity) and one of the abbreviations for church.

14a  Litter left after the match? (8)
{CONFETTI} – cryptic definition of what some poor individual has to sweep up in the churchyard after the match.

16a  Irish priest outside game joining worker gone off naughtily (8)
{TRUANTED} – put the name of the Irish priest from the Channel 4 comedy series round the abbreviation for the fifteen-a-side game and the usual Crosswordland worker.

19a  After game, one of the nobs fell asleep (3,3)
{GOT OFF} – a Japanese board game is followed by an upper-class person.

21a  Position of monuments — not far side of square (6)
{STATUS} – monuments in the form of carved figures have the E (the far side or last letter of square) removed.

23a  Athenian at home in any element (8)
{ANTIMONY} – the name of the Athenian hero of one of Shakespeare’s plays is contained (at home) in the word ANY to make a brittle silvery-white element.

26a  Country driver (8)
{HERDSMAN} – I thought that this was a fairly weak cryptic definition – it was my last answer and I wasn’t totally convinced I’d got it right until it was confirmed by the on-line site. What this individual is driving is not a car but some animals.

27a  Refuse is collected in quiet interval (6)
{RESIST} – IS gets inserted in a period of calm.

2d  Writer was wounded, bitten (7)
{NIBBLED} – a charade of part of a pen (writer) and a verb meaning was wounded to the extent of possibly requiring stitches.

3d  Run from street having been nipped by bird (5)
{PISTE} – the usual abbreviation for street is contained within (nipped by) a bird with black and white plumage.

4d  Eye-catching concert in part of St Mary’s, Paddington? (9)
{PROMINENT} – St Mary’s in Paddington is an example (indicated by the question mark) of a hospital. String together an abbreviated word for a concert (like the ones organised by the BBC every Summer in London), IN (from the clue) and the abbreviation for a hospital department.

5d  Put backside on article that’s pleasant, not totally bad (7)
{SATANIC} – start with a verb meaning put one’s backside on or plonked oneself down and follow this with an indefinite article and a synonym for pleasant without its final E (not totally).

7d  One escaping from a time immersed in river — medical care needed (9)
{TREATMENT} – remove (escaping) the I (one) from A T(i)ME and immerse what you have left in a river of central England.

8d  You’ll see me in trade after butchering (3,4)
{RED MEAT} – put ME inside an anagram (after butchering) of TRADE to get what you’ll probably see after a butcher has done his work.

15d  Black attire torn with anger? (9)
{NIGHTWEAR} – an anagram (torn) of WITH ANGER produces something which is not necessarily black but which if split (5,4) gives words meaning a) black and b) attire. 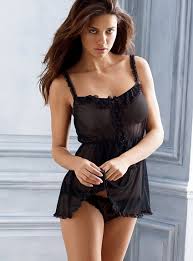 18d  A US lawyer keeps quiet in study, showing no emotion (7)
{DEADPAN} – A (from the clue) and the abbreviation for District Attorney (US lawyer) containing the musical abbreviation for quiet all go inside a study.

20d  Female vocalists heading off — they may be wearing rings (7)
{FINGERS} – F(emale) is followed by vocalists without their leading S (heading off).

24d  Agency to provide statistical data (5)
{MEANS} – double definition, the second a term used in statistics to mean something like averages.