Not Quite So Big Dave’s Crossword Club

It’s not too late to enter this month’s prize puzzle!

Greetings from the Calder Valley!  New PC configured and all up and running, though I am going to need some more training on one or two of the bells and whistles that go with it.  Big Dave is on his way to Derby for th S&B meeting and so it falls to me to guide you through a few hints on the Saturday Prize puzzle.  Thought this was quite a challenge this morning with the bottom left corner providing a bit of a battle.  If you are in the Derby area, do pop down and say hello to the gang, they’ll make you extremely welcome and you will get to meet some of your favourite (and not-so-favourite) setters!

We start with a ‘double’ anagram.  The name for someone who works in a famous House in Westminster is found by making an anagram of I TOIL and putting it inside an anagram of PANIC.   in effect it’s just an anagram of the ten capitalised letters, but our setter veiled it in a nice way.

The name of a mythical (often clued in crosswordland as fabulous [as in fable]) bird  is found by taking the name for a male one and adding to it A and something that means a moment or split second. 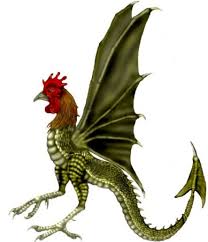 The first thing you need to do is to solve 1 across to make this work as the answer to it provides a key word in the clue.  A word meaning to coach or put on goes inside something that means a job or title and after this goes an abbreviation associated with the answer to 1 across.  This gives you something that you secure to a parcel or envelop to guarantee its delivery.

The name for a large house where titled people live is found by taking a description of a locality and putting  it around A.

If you remember what sort of creature Dick King Smith’s famous creation, who starred in a couple of films and add a slang word for its heart you get the name for someone who used to hunt the wild version of the creature.

An anagram (building) of GARAGE GETS will give you the  B&Q description of concrete materials used in the building trade.

1  Strike enforcer takes nothing from coal product in mine (6)

The name for someone who ensures  a strike goes on, usually by standing on a line,  is revealed by taking the name of a type of coal, removing O from it, and placing it inside the location where the stuff may be found. 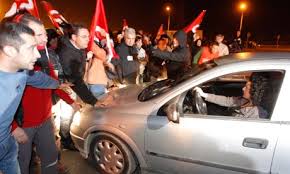 In football if you catch the ball on your chest and then juggle it on your foot, you are said to do this and add a word meaning aiming (a weapon); together this leads to a type of sport associated with Bisley. 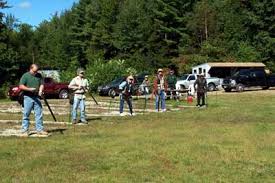 Just up the road from me and home to a famous football team named Stanley (exactly!).  To get the name take A and add the abbreviation for a cricket club and the noise made by a mobile phone with its last letter missing (cut short).

A lovely clue.  The name for an early procedure associated with a bill (usually produced by 1 across!) is an anagram (Liberal) of IS REDRAFTING.

23 Druggie, Liverpudlian but not Scot mostly (4)

The name for someone who makes a habit of taking drugs is found by taking the nickname for a person from Liverpool and removeing SCO (most of the word SCOT).